Coronavirus outbreak: what you need to know 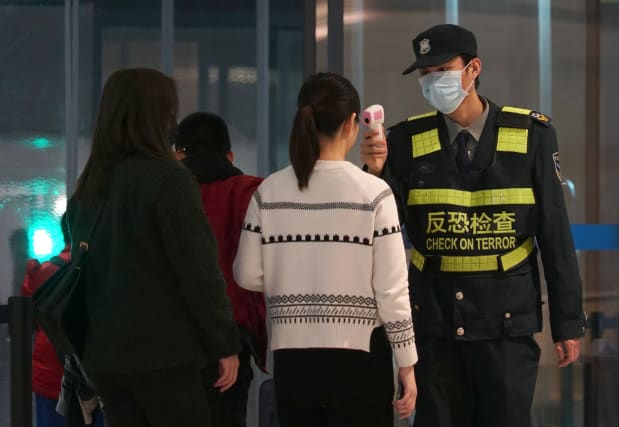 Four people have died and hundreds have been infected by a new coronavirus that appears to have originated in China.

Cases have since been detected in South Korea, Japan and Thailand, and efforts are now under way to stop the virus from spreading further.

– How did it come about?

Coronaviruses are zoonotic, meaning they are transmitted between animals and people, the World Health Organisation (WHO) says.

The first cases identified were among people connected to the Huanan Seafood Wholesale Market in Wuhan.

Cases have since been identified elsewhere which could have been spread through human-to-human transmission.

Questions remain about the outbreak's nature and mode of transmission.

WHO says some coronaviruses can be transmitted in this way, usually after close contact with an infected person, for example, in a household workplace, or healthcare centre.

Dr Nathalie MacDermott, National Institute for Health Research academic clinical lecturer, King's College London, said: "While data is still limited it appears likely that the Wuhan Coronavirus is spread through contact with an infected person's secretions and respiratory droplet infection – this is contact with small particles in the air that occur when an infected person coughs or sneezes."

There are no specific treatments for a new coronavirus but symptoms can be treated.

The new type of coronavirus appears to have originated in the central city of Wuhan, which has reported 198 cases, including all of the fatalities. Others who have been diagnosed in Beijing, Shanghai and southern Guangdong province had also visited Wuhan.

Cases have since been detected in Chinese travellers in South Korea, Japan and Thailand.

Fears are growing that the increased travel expected over the upcoming Lunar New Year period could aid the spread.

Dr Jeremy Farrar, director of Wellcome, said: "It is possible that the often mild symptoms, and probability of people being affected and infectious without experiencing symptoms (asymptomatic) from this coronavirus may be masking the true numbers of people who have been infected, and the extent of person-to-person transmission.

"It is also probable that we are looking at patients being affected over a number of days from multiple animal sources and with some degree of human-to-human transmission."

– What is being done to stop it spreading?

Numerous nations have adopted screening measures for travellers arriving from China, especially those from Wuhan.

And the World Health Organisation is holding an emergency committee on Wednesday in Geneva to ascertain whether the outbreak "constitutes a public health emergency of international concern, and what recommendations should be made to manage it".

WHO is not currently recommending restriction of travel or trade.

The organisation is urging people to take measures to prevent infection spread including: regular hand washing, covering the mouth and nose when coughing and sneezing and thoroughly cooking meat and eggs.

It also recommends avoiding close contact with anyone showing symptoms of respiratory illness such as coughing and sneezing.