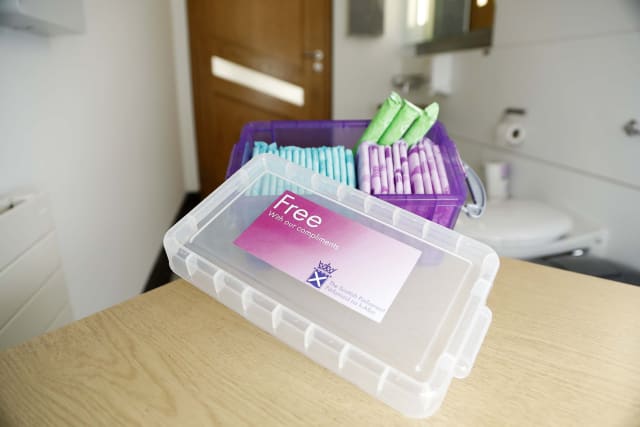 Period products will be available to all schools and colleges in England from next week, the government has said.

The move will ensure pupils do not miss out on lessons due to their period and help break down stigma surrounding menstruation, according to the Department for Education (DfE).

Under the funded scheme, schools and colleges will be able to order a range of sanitary products, including eco-friendly options, so that they are available when young women need them.

Campaigners had been calling for the government to take action due to concerns that some girls, particularly those from lower-income families, could miss class during their periods as they are unable to afford sanitary products.

Children and families minister Michelle Donelan said: “Periods are a normal part of everyday life and we do not want young people missing out on lessons because of them.

“We know that it is not easy for everyone to access period products where and when they need them.

“This scheme will deal with those problems so young people can go about their daily lives without getting caught out if they have come on their period unexpectedly, forgotten to bring products with them or if they can’t afford the products they need.”

Research carried out for the charity Plan International UK in 2017, into the extend of period poverty in the UK, found one in 10 young women aged 14-21 have been unable to afford sanitary wear while 12% had had to improvise protection due to affordability issues.

Amika George, founder of the #FreePeriods campaign group, said: “As a grassroots, student-led movement, Free Periods has been fighting for every single child in this country to be able to go to school without worrying about their next pad or tampon. For the first time in history, this scheme will ensure that becomes a reality.”

She added: “We ask that schools have open conversations with students about what they need and start signing up to the scheme – no child must miss out. Free products in schools will ensure that every child can learn and be their very best, without periods holding them back.”

Rose Caldwell, chief executive of Plan International UK, said: “We know that some girls miss school because they don’t have period products, and that they have had to use items like toilet roll and socks because they can’t afford anything else.

“So having access to a range of period products at school will make a very real difference to many girls’ lives.”

She added that it is vital that products are easily accessible to girls in schools, adding that the charity’s research had found that only 31% of young women feel comfortable asking teachers for period protection.

He said: “Too many children miss out on vital education each month as a lack of access to period products forces them to miss school.

“Even those pupils who do not suffer period poverty will benefit from free access to period products, breaking down stigma and ensuring no child is without protection during what can be a vulnerable time.”

The roll-out of period products to England’s primaries and secondaries comes months before health education is due to become compulsory in state schools.

Both the Scottish and Welsh governments have announced schemes to make free period products available in schools, and in Scotland, in universities as well.