Hernia repair mesh implants ‘do not have adequate clinical evidence’ 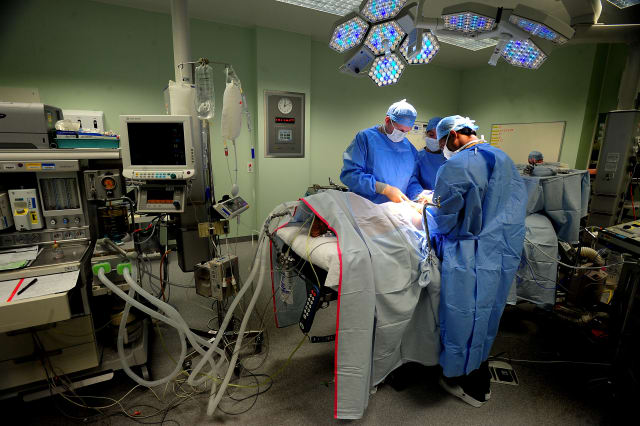 Mesh implants for hernia repair are being used on NHS patients without adequate clinical evidence, according to an investigation.

A study from the BBC found that more than 100 different types of mesh were purchased by NHS trusts between 2012 and 2018 in England and Scotland.

A Freedom of Information request by the Victoria Derbyshire programme gathered data from 56 of 159 NHS trusts.

There have been reports that the mesh can cut into tissue and nerves, leaving some people unable to walk, work or care for their children.

There are also concerns that hernia mesh devices can be approved if they are similar to older products.

These themselves may not have been required to undergo any rigorous testing or clinical trials to assess their safety, the BBC said.

In England, around 100,000 hernia operations are performed each year, with the majority using mesh.

The BBC reported it has heard from nearly 300 people who have experienced complications from mesh, including chronic pain, infections and organ perforations.

International guidelines estimate that one in 10 patients will experience “significant chronic pain” following a mesh repair.

Professor Carl Heneghan, a medical device expert at the University of Oxford, said in some cases devices have only been required to be tested on animals – such as rabbits – for a short period of time, with the mesh being implanted and left in for several days.

“If there’s no remaining immune reaction, you pass the test,” he told the BBC.

Mr Heneghan wants the NHS to “immediately” stop using types of device that have “no evidence attached to them whatsoever”.

Currently the use of mesh for vaginal repairs is suspended for most women in England, pending the outcome of a government review.

Graeme Tunbridge, director of devices at the Medicines and Healthcare products Regulatory Agency (MHRA), told the BBC: “The benefits and risks of using mesh for hernia repair have been considered in detail by clinicians and the professional bodies who represent them.

“We continue to monitor and review evidence as it becomes available and will take any appropriate action on that basis.”

Mr Tunbridge said he recognised the system “does need strengthening” and said new legislation on medical devices would take effect from May 2020.

This will include strengthening the requirements on manufacturers to ensure that sufficient clinical evidence is in place for their products.

A Department of Health and Social Care spokesman said: “On the rare occasion where a patient has suffered as a result of a mesh procedure, we are taking steps to improve patient safety – including improving how we listen to patients and how the system learns when concerns are raised.”