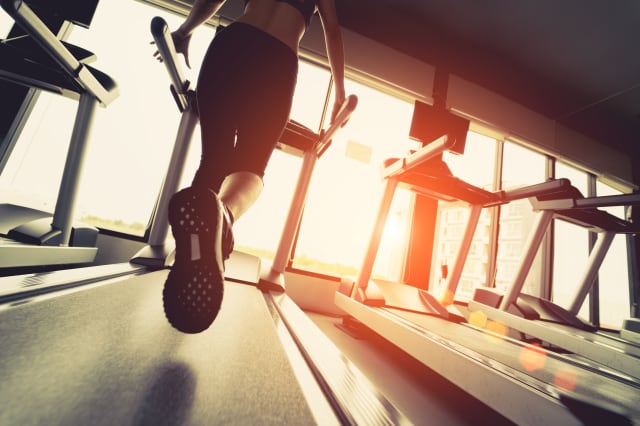 Hilarious footage captures the moment a hapless gym-goer tries to impress his girlfriend by running on the treadmill beside her - only to take an embarrassing tumble.

Rob Smith, 31, from Polegate in East Sussex said he doesn't usually hit the treadmill when he works out at the gym - but decided to run on the machine next to his girlfriend, Alice Baddaly, in solidarity.

But the workout did not go as well for Rob as he had hoped, and he ended up dropping his phone while running - and then forgot to stop the machine before stooping to pick it up.

GL Fitness in Hailsham, East Sussex caught Rob's blunder in all its glory.

Rob said: "It was well annoying. I didn't even know I was being filmed. My friend owns the gym - so he was probably sat somewhere watching it happen and having a right laugh at me."

Dad Gets Daughters with Back to School April Fool's Day Gag

According to a study, this part of your bedroom is dirtier than a toilet bowl