An end-of-terrace house had its entire side blown off when a 'tumble dryer fire' caused a huge blast just days before Christmas.

The occupant of the house was watching TV when the blast ripped through the home and was saved by a hero neighbour who ran into the partially-collapsed building to rescue him.

Firefighters were called to the house in Kessingland, near Lowestoft, Suffolk, just after 8:30pm on Wednesday evening after an explosion destroyed the wall on the property and started a fire.

The blast took out the whole gable end of the house, exposing the kitchen and sitting room downstairs and a bedroom and study on the first floor.

Neighbours said the blast had been caused by a tumble dryer, though fire chiefs stressed the cause had not been established.

One neighbour, who did not want to be named, said: "I was in bed with my little girl. All I heard was loud beeping from an alarm. 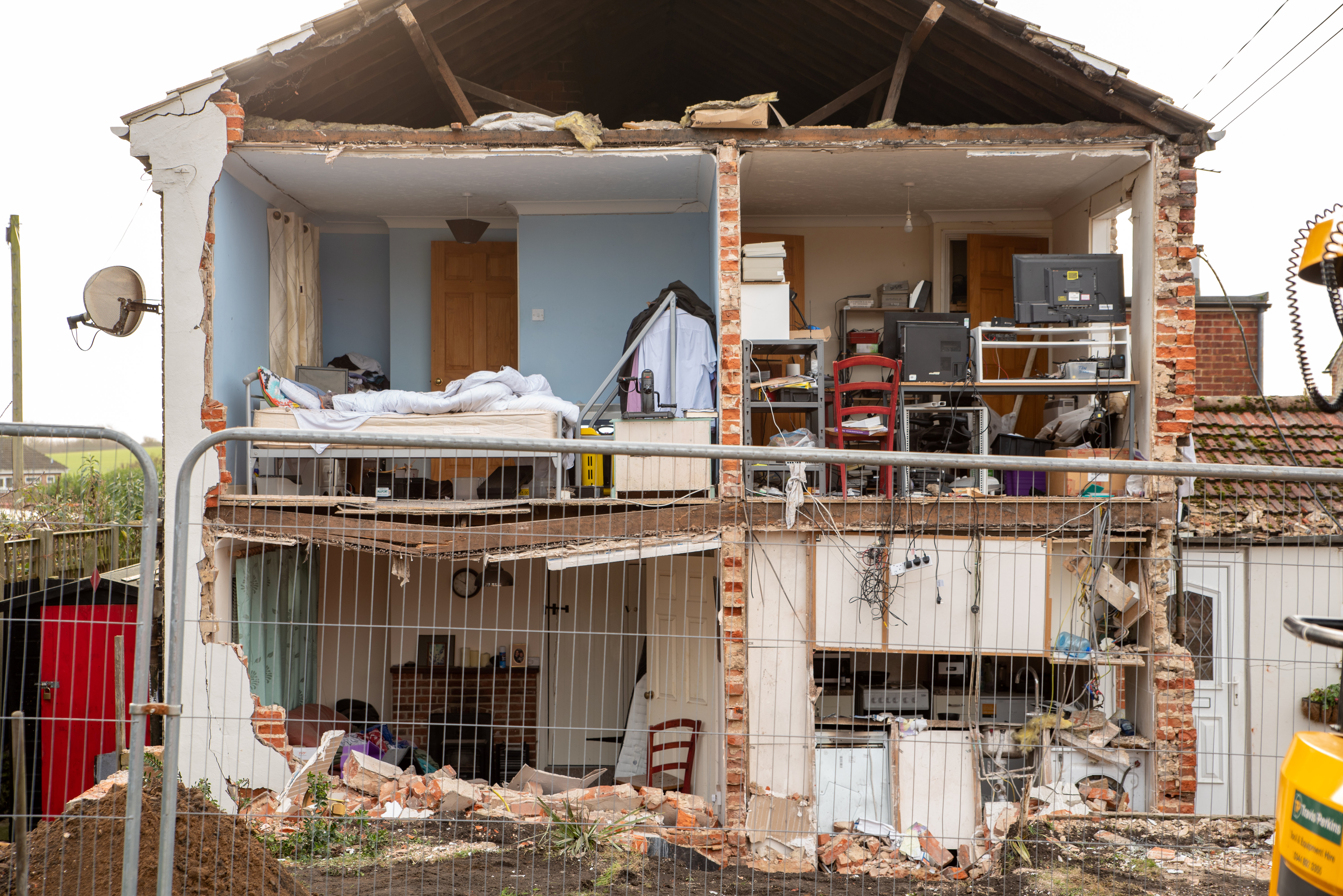 "One man ran over and was trying to put the fire out. The man whose house it was was just standing outside what was left of his house and he just looked in shock.

"All of his stuff is visible- the whole side of his house is just gone. I've heard that he's been taken to hospital and that he has suffered burns."

Paramedics were called and the man was taken to the James Paget Hospital in Great Yarmouth, Norfolk.

Firefighters stayed at the scene until after midnight putting out the blaze and while some reports blamed the explosion on a tumble dryer, the fire service made it clear that the cause of the explosion is still to be determined.

It's not the first time a bizarre incident has left a real-life house looking like a dolls' equivalent.

In September a family was left homeless after building work on the house next door caused their walls to collapse, leaving two rooms fully exposed and making a sound "like a bomb going off".