Bull turns on rescuer after falling into a well 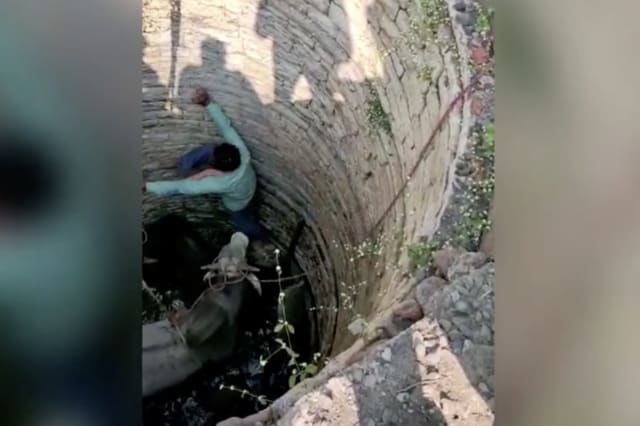 Two bulls fighting in central India fell down a well and were trapped for more than 16 hours.

But when rescuers in Vidisha, Madhya Pradesh, tried to recover the animals, one of the bulls became aggressive and lashed out.

A digger pulled the bulls out of the well one at a time.

Glastonbury Festival cancelled for second year in a row

Jason Manford to host new quiz show for BBC One