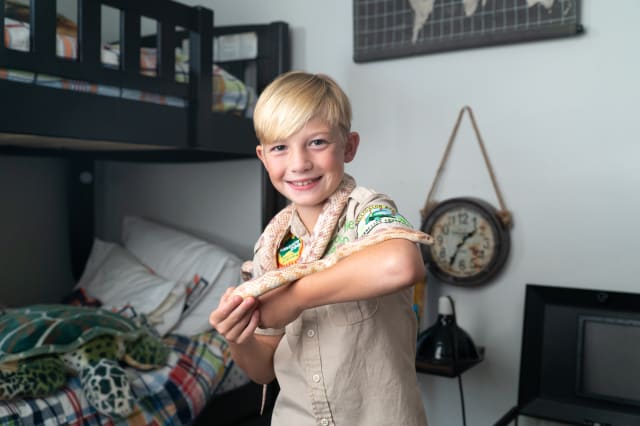 A brave 10-year-old boy is aiming to become the next Steve Irwin – taking care of more than 12 reptiles in his bedroom.

Carson, from Mississippi, is 'obsessed' with animals and is now sharing his passion with others around the world by holding educational classes and vlogging online.

Adopting the nickname 'Crocodile Carson', the young daredevil shares his family home with lizards, frogs, turtles and a variety of snakes – including a five foot six albino corn snake that's much bigger than him.

Despite being bitten numerous times, including a bite to the face, Carson loves his animals and has high hopes of replicating the work of his idol, Steve Irwin, in the future.

See his story in the video above.