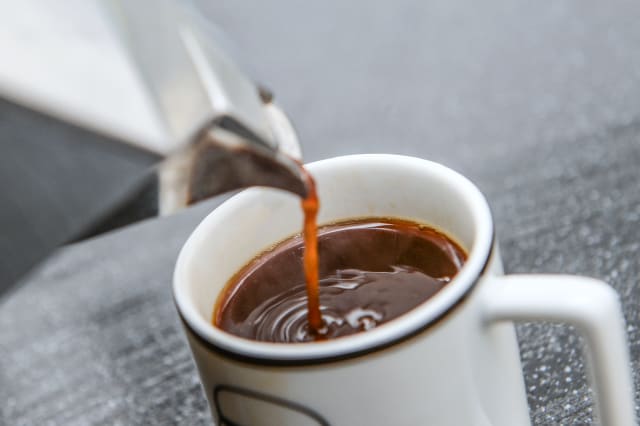 Drinking up to four coffees a day can reduce the risk of type two diabetes and high blood pressure, according to a study.

The benefit is lost if more than four cups of coffee are consumed, however.

The study suggests a moderate consumption of both caffeinated and decaffeinated coffee may be associated with a reduced risk of metabolic syndrome.

Metabolic syndrome is a number of conditions that often occur together and increase the risk of diabetes, stroke and heart disease.

It affects one in four adults and is described by the NHS as "particularly dangerous".

The study found that a link between coffee consumption and a reduced risk obesity is "less clear".

University of Catania assistant professor Giuseppe Grosso's research suggests polyphenols in coffee may be involved in the health benefits of coffee, specifically phenolic acids and flavonoids.

The research was conducted independently but was commissioned by the Institute for Scientific Information on Coffee, whose members are six of the major European coffee companies: illycaffe, Jacobs Douwe Egberts, Lavazza, Nestle, Paulig and Tchibo.