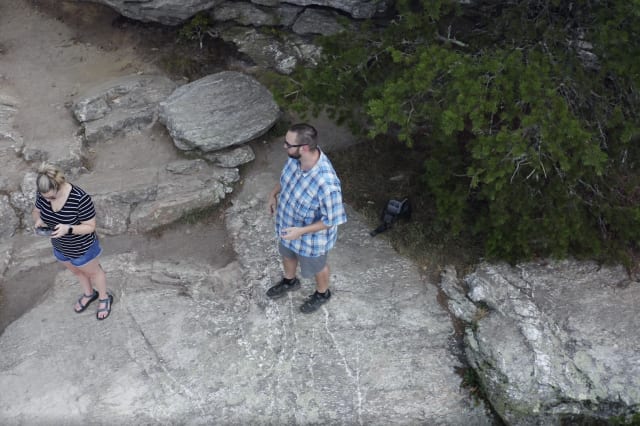 A woman discovered her boyfriend was proposing to her when she saw him go down on bended knee - via a drone she was operating.

"My girlfriend's, now fiancee, sister is in the Marines, and is stationed in Japan," he said.

"I wanted to do something to capture this special moment so that she could share it with her sister halfway around the world.

"The idea was to take her out on a mountain hike at Mount Cheaha and fly a drone. I had the drone focus locked on myself while she piloted it so that as I proposed behind her she would see it on the remote.

"We are now currently engaged and the video was a success in bringing family from all over the country and the world together for that one precious moment."

Jess Wright: I’d given up on finding the right man for me