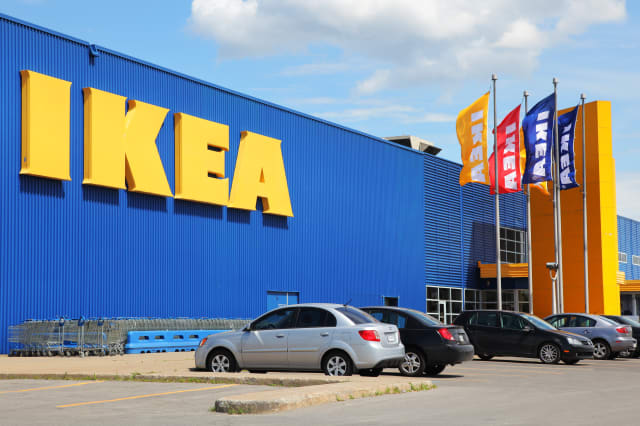 IKEA has apologised after it was mocked on Twitter for serving jerk chicken, rice and peas in its canteen.

The Swedish homeware retailer is well-known for its in-store culinary offering, with dishes designed to be a "modern taste of Sweden", according to its website, including meatballs, hot dogs and lingonberry sauce.

But its latest menu innovation has caused controversy, and IKEA says it is now "relooking into the dish".

A Twitter user, who goes by the handle @Themlotsdad, highlighted the IKEA's take on jerk chicken served with rice and peas, a staple meal in traditional Jamaican cuisine.

READ MORE: Ikea gives people the chance to create their own sofa

Jamaican rice and peas is a dish made with coconut milk, allspice berries and kidney beans, according to culinary website The Forked Spoon.

But IKEA's version of the rice dish, served with jerk chicken, contains a more literal incarnation: what looks like plain, boiled white rice and garden peas.

This is IKEA's jerk chicken and rice and peas and no I'm not eating it 😕 pic.twitter.com/BFPJ1CWBmR

The Twitter user followers were not impressed, with comments such as "killing my soul", "disrespectful" and "My Jamaican blood is boiling".

However, some were more sympathetic, suggesting it wasn't reasonable to expect Swedish brand IKEA to recreate Jamaican food authentically.

lol you understand you're at ikea right?

This exact combination – jerk chicken with rice & peas – is not longer listed as one of the menu options listed on the IKEA website.

Lorena Lourido, Country Food Manager, IKEA UK and Ireland told Yahoo UK: "IKEA is a Swedish home furnishing company with a much-loved food offer. We take inspiration from many countries around the world and have always worked to combine different flavours and ingredients to offer delicious, healthy and affordable dishes.

She added: "We're aware that our new jerk chicken, served with rice and peas has created some conversation and in some cases offence. Our intention was to create a dish for many people to enjoy but we appreciate that we may have got it wrong. We apologise and we are now relooking at the dish."

The 43-year-old chef was accused of cultural appropriation after releasing a 'punchy jerk rice' dish which many claimed has no characteristics of traditional Jamaican jerk recipes.

The product was been criticised on Twitter with many pointing out that jerk is a Jamaican seasoning – made up of allspice and Scotch bonnets – rather than a rice dish. To add insult to injury, Oliver's rice recipe did not contain any of the staple jerk ingredients but instead a mix of garlic, chilli, ginger and jalapeños.

7 Amazing Things Your Body Does During Sleep

This Is The World's Largest Sinkhole

Homebound Hair Care! Here Are Some Hair Care Tips to Try During Lockdown!

This Cat With No Earflaps Was Rescued From Streets