Britain's 'smallest detached house' could be snapped up for £150k

Britain's 'smallest detached house' which is just three metres (13ft) wide and seven metres (26ft) high has been put on the market with a starting price tag of £150,000.

Number 15 Goldhill Road, Knighton, Leicester, was built in the 1990s and is set to go under the hammer in an auction.

Pictures of the unusual house show it is very narrow and has just one upstairs window.

The house is 21 sq ft smaller than a property in Sheffield which was described as Britain's smallest detached house in 2014.

Senior valuer at SDL Auctions Carl Finch said: "This property is in a great and very desirable location.

"It's near some great schools, close to Victoria Park and the city centre and train station are within only two miles. Plus there's lots of boutique shops close by. 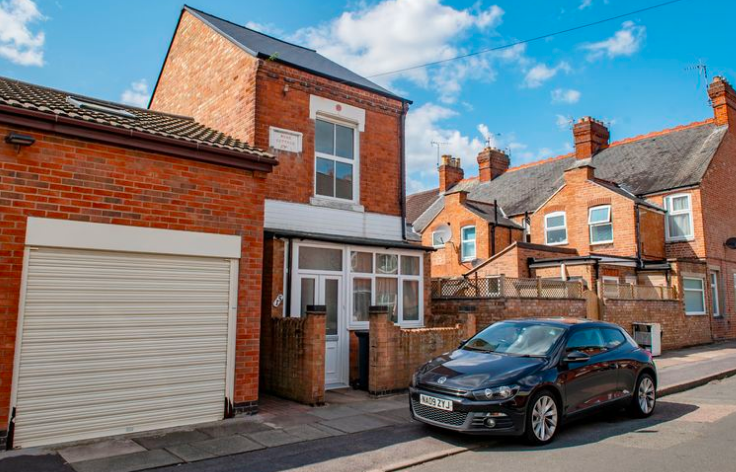 "The current owner has replaced the roof and carried out 80 per cent of the full refurbishment work.

"It just needs some small finishing works carrying out. Once all that is completed I estimate the property would be worth £220,000.

"We have already had lots of interest in this lot. The first of our block viewings was very busy and we have more booked in prior to auction day.

"We've also had lots of potential bidders register to view the legal pack. I'm looking forward to seeing this one go under the hammer next month."

Its listing on Rightmove currently states: "The property has recently undergone a major scheme of refurbishment and now just requires finishing works.

Noel Gallagher is leaving London over stabbings outside his house

"It has had a new roof, been plastered throughout and benefits from gas central heating and UPVC double glazing, along with a part fitted kitchen and bathroom.

"To the rear is a pleasant paved rear garden which is enclosed by brick walling. In ideal investment to complete and resell or to rent out."

15 Goldhill Road will be auctioned by SDL Auctions at the King Power Stadium on 3 September 2019.

Alex Jones reveals why she won’t be having more children

What NOT to Wear Through Airport Security

Why This Luxury Hotel In Paris Has Beehive On Its Rooftop

Use This Breathing Technique to Release Stress