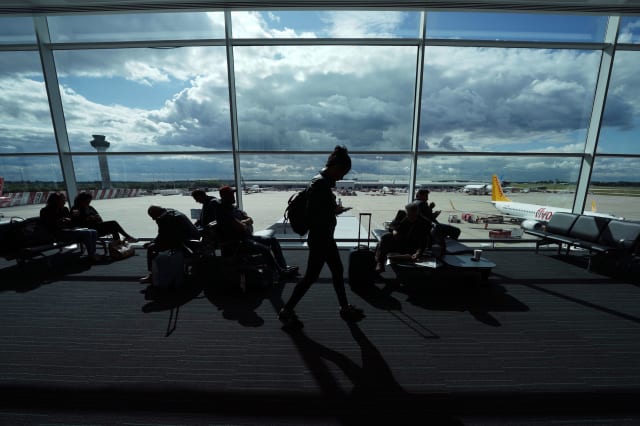 London Stansted was the worst UK airport for flight delays last year, an investigation has found.

Departures from the Essex airport were an average of 25 minutes late in 2018, according to Press Association analysis of Civil Aviation Authority data.

A consumer group described the figure as "completely unacceptable".

London Stansted is the fourth busiest airport in the UK.

It is a hub for a number of low-cost eastern European airlines as well as being the largest base for Ryanair.

The ranking takes into account every scheduled and chartered flight from 24 major UK airports. Cancelled flights are not included.

Flights across all featured airports were delayed by an average of 16 minutes in 2018.

Rory Boland, editor of consumer magazine Which? Travel, said: "It's completely unacceptable for passengers to be regularly delayed by nearly half an hour.

"These delays aren't just an inconvenience but can leave holidaymakers hundreds of pounds out of pocket because of missed connections, transfers and fines for picking up their hire car late.

"While compensation is available for delays of over three hours, airlines should stop passing the buck and make it easier for their passengers by finally introducing automatic compensation."

A spokesman for London Stansted said: "Following a particularly challenging summer last year when adverse weather and air traffic control issues had a dramatic impact on airline on-time performance, Ryanair committed to a multimillion-pound investment in additional resourcing and equipment to support its ground operation at London Stansted.

Trade body the Airport Operators Association (AOA) said delays are caused by a "range of factors".

Last year featured a blast of cold weather due to the Beast from the East and strikes by air traffic controllers in countries such as France and Belgium.

The AOA added that disruption is also caused by the capacity of UK airspace being constrained.

The aviation industry is working with the Department for Transport to modernise the way flights are managed to improve resilience and boost capacity.