Eating two or more portions of mushrooms per week could halve your risk of abnormal brain decline in old age, according to new research.

Scientists found the seniors who eat 300g or more of cooked mushrooms – about equal to half a plate – have a reduced risk of mild cognitive impairment (MCI).

And even eating smaller amounts could still be beneficial, the study, published in the Journal of Alzheimer's Disease, revealed.

The team at the Yong Loo Lin School of Medicine at the National University of Singapore (NUS) interviewed more than 600 Chinese over-60s over the course of six years about their diet and health.

The participants also took part in tests to work out how well their brains function and gave them a 'dementia rating' to asses how much their minds had been damaged by age. 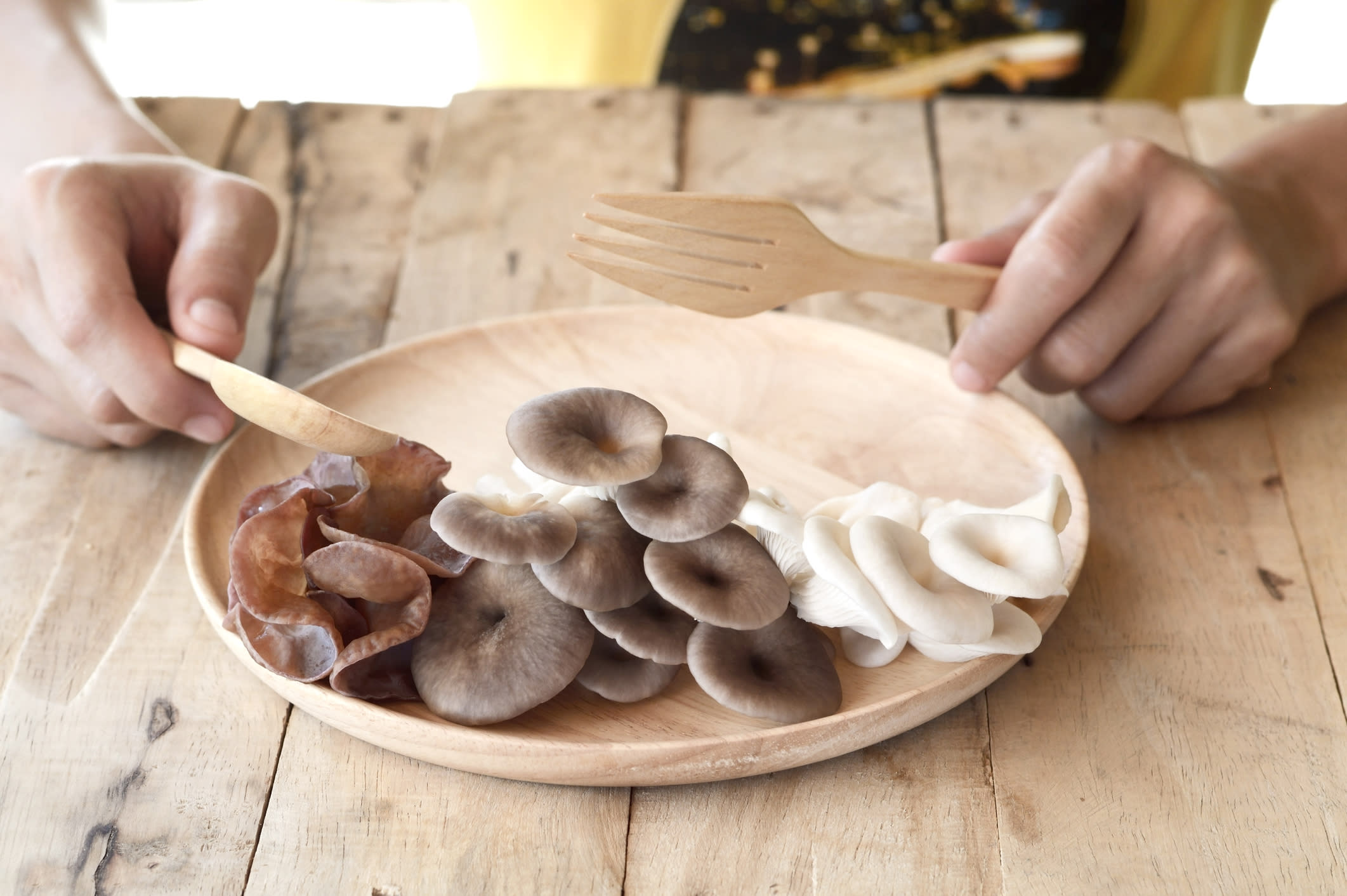 Those who were partial to a serving of mushrooms or two each week were better off, brain-wise than their peers.

MCI is a transition phase between normal ageing and dementia and people with the condition may experience reduced language, attention skills and spatial awareness, as well as forgetfulness.Although half a plate of mushrooms might sound like a lot, the researchers believe even one small portion could still be beneficial for reducing the risk of MCI.

"This correlation is surprising and encouraging. It seems that a commonly available single ingredient could have a dramatic effect on cognitive decline," said Assistant Professor Lei Feng, who is from the NUS Department of Psychological Medicine, and the lead author of the study.

The researchers believe the reason for the reduced prevalence of MCI in mushroom eaters may be down to a specific compound found in almost all varieties.

A compound calledergothioneine(ET), only absorbed through diet, is a potent antioxidant and anti-inflammatory found in a variety of mushrooms that researchers suspect could be the bearer of the brain-benefits.

Study authors revealed that the results of the study were correlational, not causal, so more research is needed to really explore the potential brain-boosting benefits.

And helping you to age more happily, isn't the only health benefit the humble mushroom boasts.

And mushrooms can also be a great addition to your beauty regime.

The news comes as it was revealed earlier this year that half of UK adults are not able to spot any key risk factors for dementia.

According to the study, entitled Dementia Attitudes Monitor, despite more than half of UK adults now knowing someone with dementia, only 1% of the 2,361 people surveyed were able to name the seven known risk or protective factors for dementia.

The six risk factors are heavy drinking, genetics, smoking, high blood pressure, depression and diabetes, while physical exercise is a protective factor against the disease.

READ MORE: What is gout and why are cases of the historical condition on the rise?