Call for US expert to operate on mesh implant victims resisted 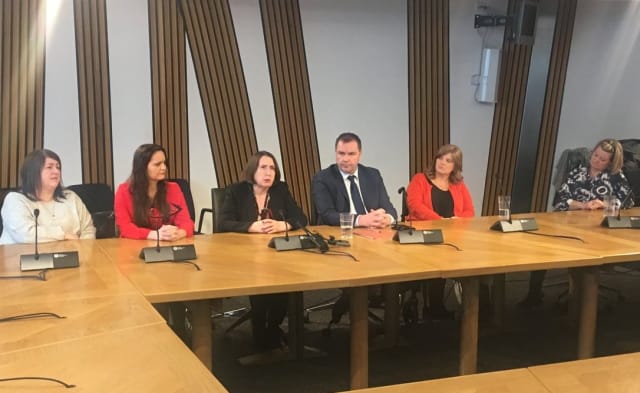 The Health Secretary has resisted campaigners’ pleas to invite a specialist surgeon from America to remove vaginal mesh implants and train Scottish doctors.

Hundreds of women have suffered chronic pain due to mesh implants inserted by surgeons to treat bladder and bowel conditions, repairing weak or damaged tissue often suffered during childbirth.

Campaigners say that only partial mesh removal is available in Scotland, but that the pioneering American doctor Dionysios Veronikis has carried out over 2,000 full removals of the damaging implants using new techniques he developed.

Dr Veronikis has offered to come to Scotland to carry out operations and train Scottish surgeons how to do it.

As mesh sufferers watched on in the Scottish Parliament, Jeane Freeman said that, while she had not rejected the specialist’s invitation to work in Scotland, it was not for her to decide what training doctors receive.

Ms Freeman said she would discuss the issue with the Chief Medical Officer and “look at whether there is additional training, expertise, learning that can be provided – by Dr Veronikis or others.”

Scottish Labour MSP Neil Findlay pleaded with the Health Secretary and said: “We have a small window of opportunity to act. An opportunity that if we don’t take it will be lost.

“Take up the very genuine offer from Dr Veronikis to come to Scotland, to work up to 6 days a week to carry out full mesh removal procedures but critically to also train Scottish surgeons in his techniques.

“This is a serious and a genuine offer that I urge the Cabinet Secretary to take.”

After pointing out some victims of mesh implants watching the debate at the Scottish Parliament, Mr Findlay said: “I implore Ms Freeman to do the right thing and do the right thing: give these injured women the best treatment available – these women have already lost so much- they should not, as some are, have to travel to the US and elsewhere.

“The alternative is these women left living a life of pain, a life of misery, careers and relationships lost and a lifetime of medical costs which will collectively far outstrip the costs of bringing this surgeon to Scotland.”

In response, Ms Freeman said: “Nobody needs to implore me, nobody needs to beg me. I completely understand that the women involved want to have the best possible response to the situation they find themselves in and for many of them that will be full mesh removal.

Ms Freeman continued: “My mind is not closed to this, it is not entirely my decision.

“I have not refused Dr Veronikis’ offer; it is not for me to accept that offer, it is for me to discuss with the clinical community how their learning and techniques can be improved and we will do that.”

At a press conference before the debate, Mr Findlay introduced Dr Mary McLaughlin, a law lecturer from Northern Ireland who had a full mesh removal carried out by Dr Veronikis in January.

“I can walk again without pain. I can sit without excruciating pain,” Dr McLaughlin said.

The trip to the United States for the operation cost her £15,000 and she added: “I don’t think anyone should have to pay for this operation.

“Mesh women were injured. We trusted doctors and we’ve been let down.

“It’s not right to say that partial removal is good enough.”

Sufferer Lorna Farrell, 53, said: “Mary is just the perfect argument of why Dr Veronikis has to come to Scotland – eight weeks ago she was like we are all now – in constant, chronic pain.”

Ms Farrell, from Eaglesham near Glasgow, explained how she was told that doctors in Scotland could not fully remove the mesh and her partial removal “has done so much damage”.

“My nerve damage has become 100 times worse since they have gone in and cut this mesh inside of me.”

Fighting back tears, she added: “I just can’t see an argument why this doctor can’t come to Scotland.

“We deserve to get our lives back.

“It’s wonderful to see Mary and to hear how bad she was and how good she is now – nobody has the right to deny us that.

“We got these implants in Scotland, the damage was done in Scotland, and it’s only right that experts should come to Scotland and repair what they’ve done.”

After being told that the Scottish Government claimed full mesh removals were already taking place, campaigner Karen Neil said: “We are being lied to.”

The 52-year-old from Glasgow added: “I know just about all 635 Scottish mesh survivors personally, and I haven’t met or spoken to one yet who’s had a full removal.”

Ms Freeman acknowledged a dispute about whether full mesh removals do take place in Scotland and said she would discuss the issue with Mr Findlay and other MSPs.