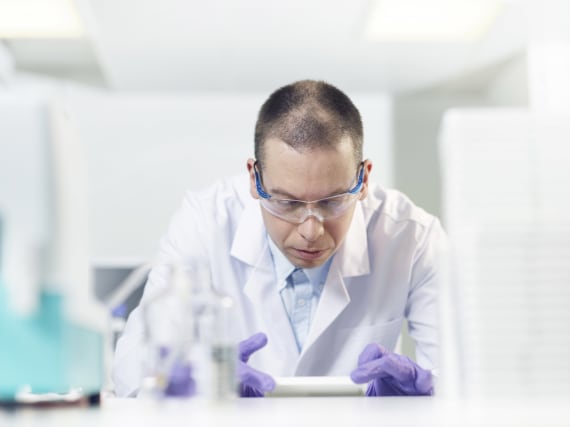 A potentially life-saving new treatment for children with a rare form of leukaemia is being made available on the NHS – but a drug for adults with blood cancer has been rejected.

The Scottish Medicines Consortium (SMC) has approved the use of Kymriah  – which is also known as tisagenlecleucel – for children and young people suffering from acute lymphoblastic lymphoma.

The SMC, which rules on the drugs that can be used on the NHS, said it “offers the possibility of long-term remission and is potentially a life-saving treatment option”.

Yescarta, which was approved for use by the NHS in England last year, was rejected over “uncertainty in the company’s evidence around its long-term benefits and its cost-effectiveness”.

Both treatments are a form of CAR-T therapy, in which patients’ own immune cells are modified n a laboratory to recognise, seek out and kill cancer cells.

SMC chairman Dr Alan MacDonald said: “Acute lymphoblastic lymphoma is a very rare form of leukaemia which can progress quickly and there are currently very few treatment options for those whose condition has relapsed or not responded.

“Tisagenlecleucel offers an innovative and potentially lifesaving treatment for children and young adults with this condition, and we hope our decision will benefit them, their families and carers.”

The blood cancer charity Bloodwise said both treatments should have been made available on the NHS.

“The approval of Kymriah for use on the NHS will give children and their families another chance of a cancer-free future.”

He added: “CAR-T therapy can also offer the last and only hope of long-term survival for adults with the most common type of lymphoma who do not respond to chemotherapy.

“While the cost of Yescarta is high and NHS Scotland does not have unlimited resources, patients in Scotland need access to this lifeline, like their counterparts in England.

“We hope that all parties can work to find an affordable solution that will allow patients in Scotland to benefit from these life-saving treatments.”

Drugs company Gilead Sciences UK and Ireland, which makes Yescarta, said it was “truly committed to working with the SMC to make Yescarta available to eligible patients in Scotland as we have for patients in England and Wales”.

General manager Hilary Hutton-Squire described it as being a “pioneering personalised cell therapy that provides a potential lifeline to adult patients with certain aggressive forms of blood cancer who, in most cases, have run out of treatment options and may only have months to live”.

In addition to approving Kymriah, the SMC agreed the treatment Tafinlar could be used to help patients with advanced skin cancer in combination with another drug.

This can help extend the time patients are disease-free.

Two other new cancer treatments were rejected, with the SMC saying it did not consider the advanced lung cancer drug Keytruda to be a “good use of NHS resources”.

Kidney cancer treatment Cabometyx was not recommended for use on the NHS due to uncertainties in the company’s evidence around the cost-effectiveness of the medicine”, Dr MacDonald said.