Eating chips, pizzas and ready meals could take decades off your life

Eating "ultra-processed foods" such as pizza, burgers, ready meals, sugary drinks and processed meats could lead to an early death, according to a new study.

While we already know what you eat can affect your weight, mood and energy levels, the troubling new research finds making poor food choices could ultimately kill you.

"Ultra processed" food is defined as anything which is made involving an industrial procedure, for instance adding chemicals, heat processing or dehydrating.

The study, which looked at almost 45,000 middle aged people, found eating such foods is linked to deaths from heart disease, cancer and other illnesses.

A 10% increase in consumption of these foods was associated with a 14% rise in the risk of dying from one of these non-communicable diseases (so called because they are not contagious). 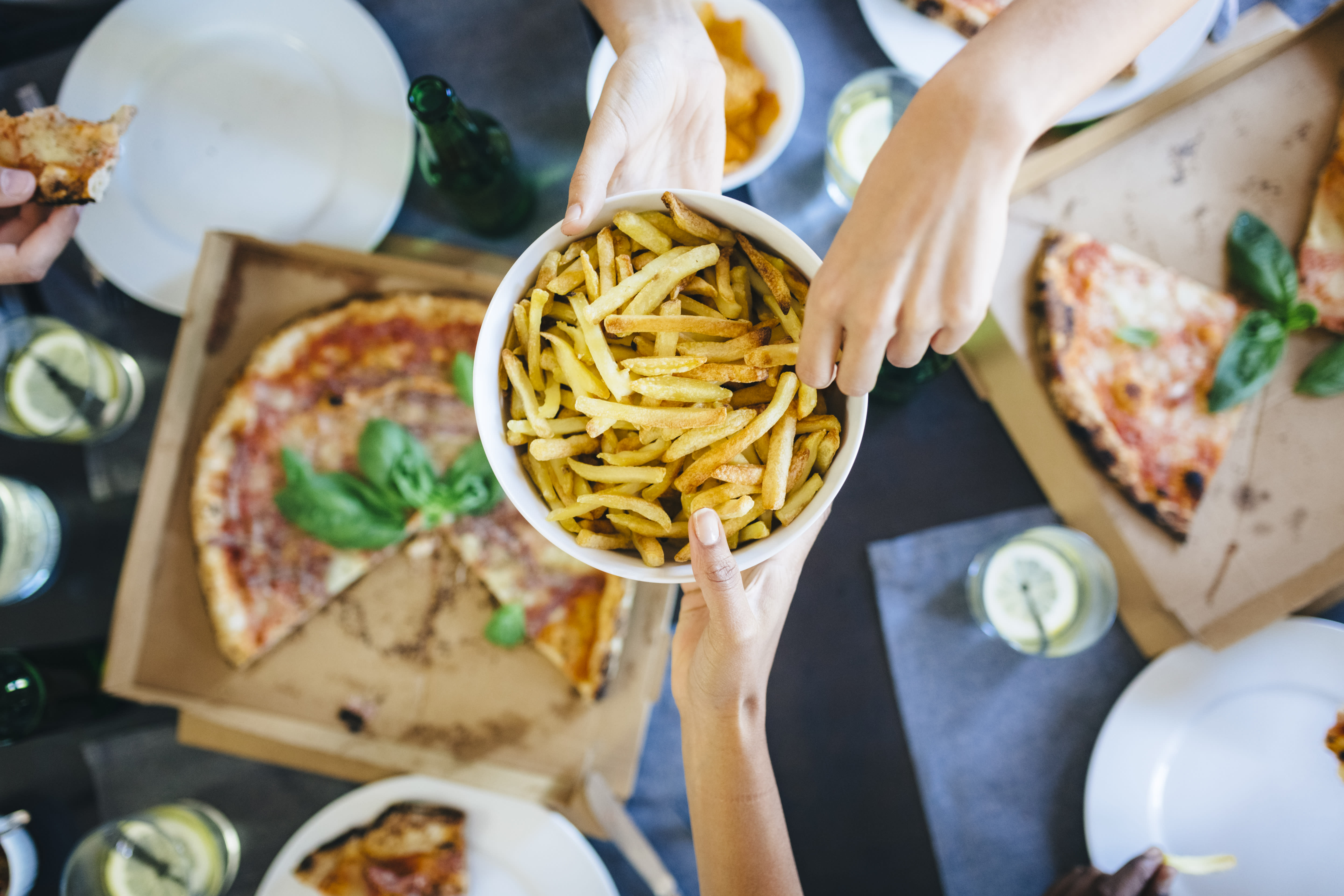 "They are usually ready to heat and eat, affordable, and hyper-palatable.

"These features have been associated with several non-communicable diseases that are the leading causes of mortality."

Artificial sweeteners, food packaging and food additives such as titanium dioxide have also been linked to these diseases.

A study last year found 50% of food sold in the UK is ultra-processed, compared with 46% in Germany and just 14% in France.

Should obesity be labelled a disease?