The mother of a baby boy who stopped breathing for five minutes after birth has praised the 'amazing' medical teams who saved her son's life – as the family gets ready to spend their first Christmas together. 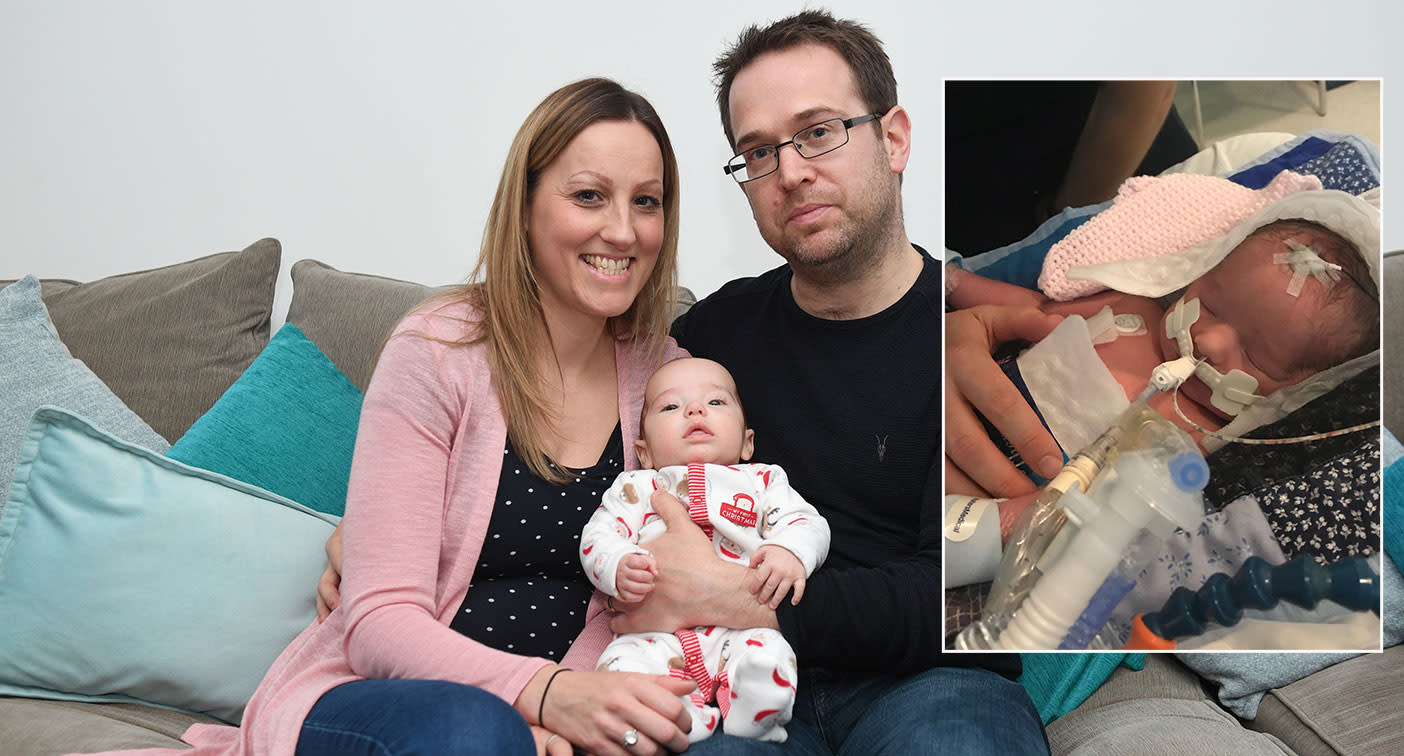 He was born two weeks premature by emergency caesarean section after a possible infection.

Admin worker Mrs James said Harvey, who weighed 6lbs 3oz, was 'pale and floppy' when he was delivered and did not breath for five minutes according to medical notes.

Paediatricians have since told her they believe it may have been up to 10 minutes of CPR before his first breath, she said.

'It felt like forever until he finally took that precious breath,' she said.

He was then rushed to a specialist hospital for lifesaving cooling treatment.

Harvey, who was diagnosed with hypoxic-ischemic encephalopathy caused by a lack of oxygen and blood to his brain, was wrapped in a special jacket similar to a wine cooler for three days to reduce his body temperature.

It is designed to prevent babies from developing long-term brain damage.

He was then re-warmed to his core temperature and spent further time in the neonatal intensive care unit, with both his parents at his side thanks to accommodation provided by The Sick Children's Trust.

Harvey, who was born in September this year, was able to go home 12 days later.

'We are delighted to have him at home and to be enjoying our time as a family-of-three,' said Mrs James. 'He's been such a brave, courageous and determined little boy.'

She said he is gaining weight and is doing 'really well', other than slight hearing loss on his right side.

'I don't know if in the future there might be other things that come up, but at the minute he seems to be thriving and that's a strong positive,' she said.

Harvey's parents Emily and Chris James, a 38-year-old financial adviser, are now looking forward to many milestones with their firstborn.

'This year we're celebrating his first Christmas which we're so excited for,' said Mrs James. 'We will be spending it with both our families and cannot wait to spoil him.'

Fran Stephens, head of midwifery at North West Anglia NHS Foundation Trust, which runs Hinchingbrooke Hospital, said: 'In these cases it is vital our staff act quickly to ensure babies receive the right treatment in order to minimise any issues caused by lack of oxygen.

'On behalf of the maternity team at Hinchingbrooke, I would like to wish the Jameses a very happy family Christmas.'

The family is now fundraising to support The Sick Children's Trust's Christmas appeal.

To donate, seewww.justgiving.com/campaign/mychristmaswishor call the team on 020 7638 4066.