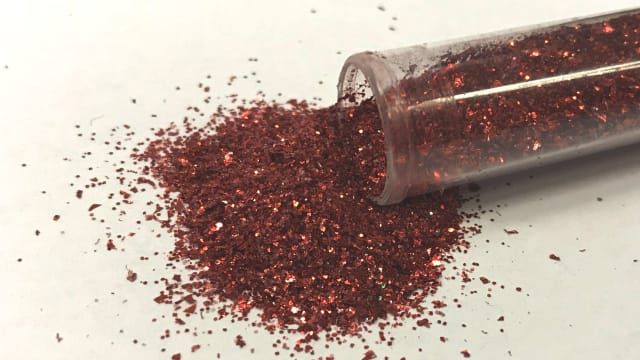 A woman was nearly blinded by a Christmas card when a piece of glitter worked its way into her eyeball.

The 49-year-old attended the ophthalmology department of Singleton Hospital in Swansea suffering from a painful, reddened eye, loss of vision and swollen eyelid.

Doctors spotted a lesion on the patient's cornea and initially suspected it to be caused by a herpes simplex infection, according to a case study published in the British Medical Journal (BMJ).

But when the lesion was examined under a powerful microscope, a shiny surface was spotted inside.

The patient then remembered getting glitter in her eye when it rubbed off a Christmas card.

The glitter had formed into a clump causing a lesion that mimicked the symptoms of a herpes infection, the report said.

The report warned doctors to always ask about the cause of a possible trauma to the eye, even if the symptoms seemed to clearly indicate a common infection.

"The lesion may have been easily misdiagnosed as a herpetic simplex infection by non-specialists for which treatment would have been topical antiviral ointment instead of removal and antibiotics," the report said.