Do hangovers get worse with age? 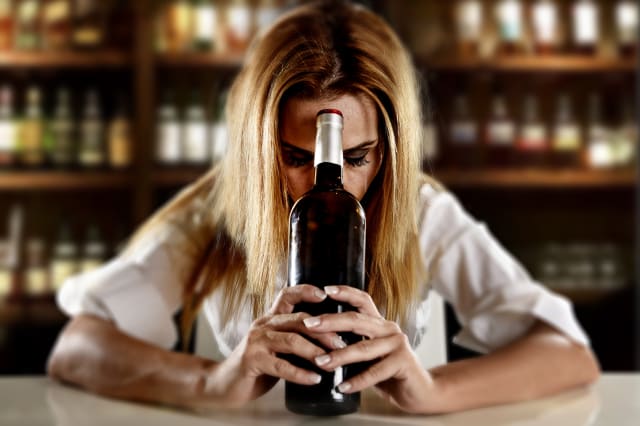 If you feel as though it takes you much longer to recover from a good night out than it used to, then you are almost certainly right. There are a number of biological reasons that add up to make it harder for the body to absorb and recover from alcohol as we get older – for most people it gets worse in their thirties and onwards. But there are a few things you can do to help a hangover.

Why do hangovers get worse?
There's no definitive answer to this, but it's likely that our livers become less effective at processing alcohol and we produce less of the enzyme that eliminates it from our bloodstream. It's also suggested that our bodies having less water as we get older is a factor, because it means there is not as much fluid to dilute the booze and a greater risk of dehydration. We also naturally put on more fat as we age – and fat can't absorb alcohol.

Dehydration is a big part of hangovers, but there are other factors at play such as the "congeners" in alcohol which make our nerve endings feel sensitive and produce that raw feeling the morning after. The body takes longer to recover from this kind of damage as we age. Increased life stress and more responsibilities, feelings of guilt for over-indulging and the effects of medication are all more likely to contribute as we get older as well.

So what can I do about it?
As previously mentioned, effective hydration is one of the key factors in mitigating the worst effects of a hangover. Alcohol acts as a diuretic and causes the body to produce more urine. This is why people need to visit the toilet more when drinking and also why their wee often appears clear.

We all know that we should include plenty of soft drinks in a night out, but this often falls by the wayside after the first couple of beers or wines. If this sounds like you, make yourself drink a pint or two of water before bed and then keep a large glass of water to drink when you get up to use the toilet in the night.

Additionally, make sure you've had a good meal before you start drinking. A full stomach can slow the rate at which we absorb alcohol by half – and your body can even start to process some of it before it's had the chance to get into your bloodstream. This happens because the enzyme that breaks down alcohol in the liver is also present in the stomach. Men have more of this enzyme than women.

Dark spirits and red wine are commonly linked with worse hangovers, so if you know that whisky gives you a pounding headache the next day why not switch to gin? And make sure you add plenty of tonic and ice. There's one other very important thing you can do to help prevent a killer hangover – and of course that is to drink less.

Make sure you really do alternate soft drinks with boozy ones and try to sip and savour your drinks rather than gulping them down. It's been shown that drinker who can successfully "pace themselves" tend to suffer less the next day, even if they consume the same amount of alcohol.

Finally use your age to your advantage and draw on your wisdom and years of experience to know when it's time to call it a night. You are unlikely to regret declining that invitation to carry on to a nightclub.

Is there still not a cure then?
Unfortunately scientists are yet to come up with an instant cure for the hangover, but there are a selection of tried-and-trusted measures that can mitigate the worst of the ill effects. Painkillers such as paracetamol will help with headaches and muscle cramps (if you've really overdone it).

Sugary foods can also help make you feel more normal, while bland liquids will help you rehydrate without upsetting your stomach. If you feel delicate in that regard, a mug of bouillon is recommended. Soda water and isotonic sports drinks are also a good idea.

Some people like to "sweat it out" with a bout of exercise, but this can have a negative effect if you go too hard – making you more dehydrated. Gentle exercise such as swimming or a brisk walk is a safer bet.