A Christmas-mad couple who spend thousands of pounds every year covering their home in lights said the tradition started as a joke to wind up a grumpy neighbour. 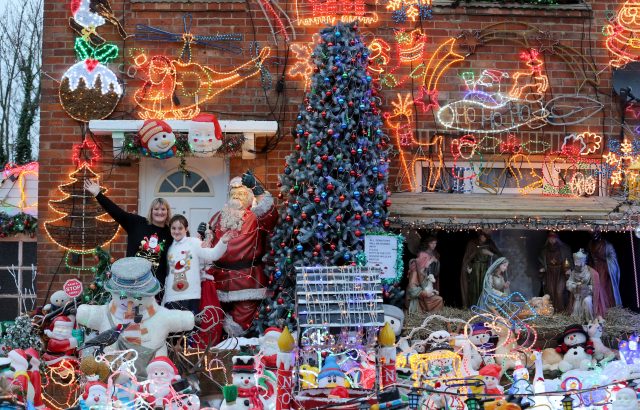 SEE ALSO: Is this Britain's most festive pub?

Michael and Lyn Farnes have spent around £10,000 in the last 16 years on 20,000 Christmas lights and electricity bills in a bid to turn the front of their home in Hove, East Sussex, into a winter wonderland. 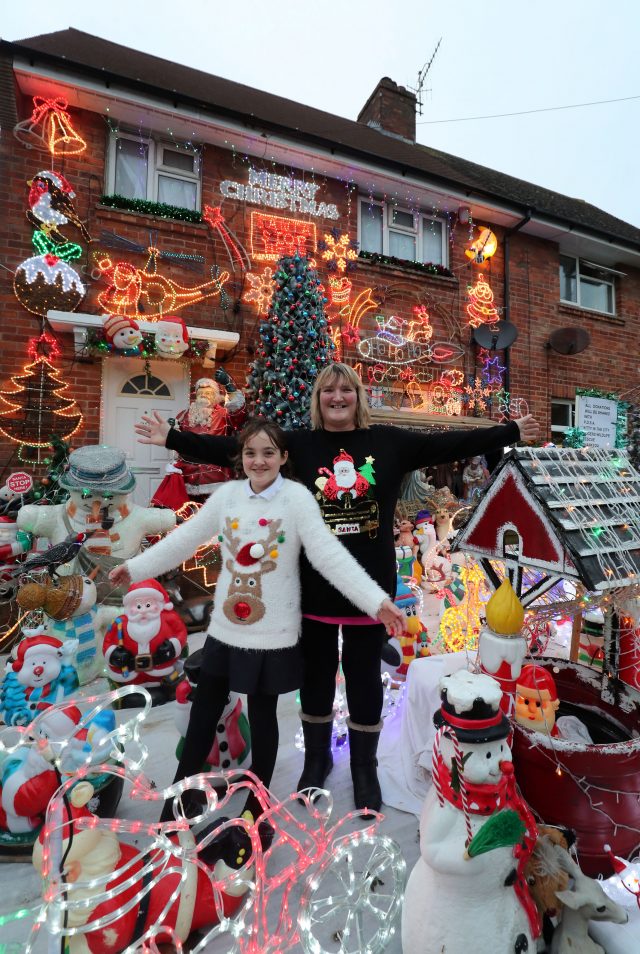 Their quest started out as a real-life version of the plot in festive film Deck The Halls. But over time this has seen them raise thousand of pounds for charity each year, Mrs Farnes said.

In the 2006 blockbuster, Danny DeVito sets out to compete with and exasperate his new neighbour – a proud Christmas enthusiast – and dreams of draping his house in so many lights it can be seen from space.

Mrs Farnes, 53, said: "It all started with us putting up some icicle lights. Our former next-door neighbour had a little moan about it. 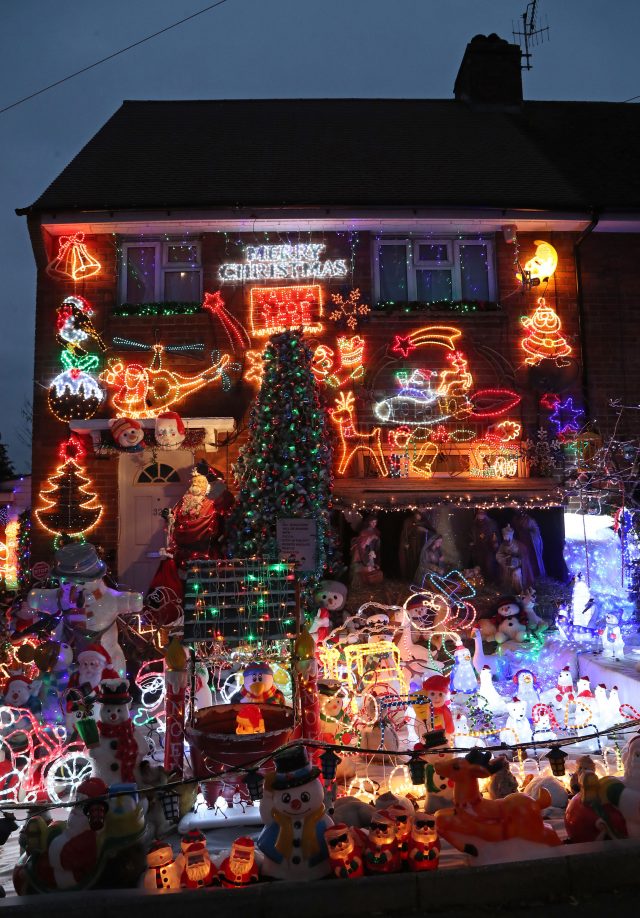 "So the next year Michael put a few more lights up than before as a joke to wind him up and it carried on from there. I think he didn't mind them in the end and found it funny.

"I've seen the film Deck The Halls, I suppose it's a bit like that."

Mr Farnes, 55, starts planning his displays in January when he assesses any repairs needed on the previous year's lights and models.

Then he spends months planning his theme for the forthcoming year, making a lot of pieces by hand. This includes a herd of reindeer which is gradually growing. 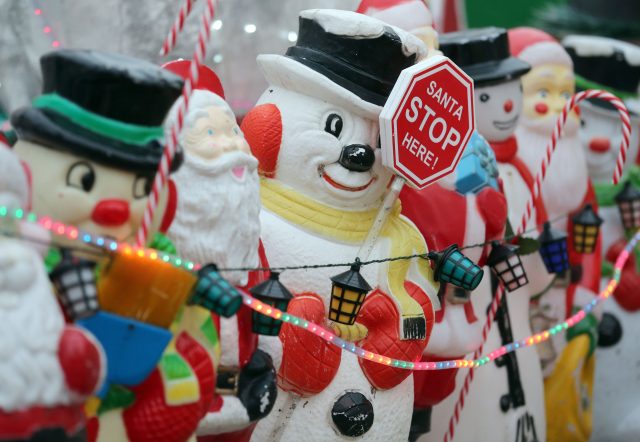 In October he starts to put together the display, which takes about 50 hours over a month.

The couple juggle this around their full-time jobs at Sainsbury's and looking after their three children. The youngest, Roni-Jo, who is nine, is known at her school as the girl who lives in the Christmas house.

Mr Farnes then finally tests every detail before the much-anticipated launch at the end of the school day on December 1.

This year he spent around £1,500 on new lights and created a North Pole scene complete with polar bears, penguins and an icy waterfall.

The latest display is accompanied by returning favourites including more than 60 Santas and snowmen, eight Christmas trees, as well as a sleigh and wishing well. Festive music is played on a loop.

Come 4pm each day, droves of visitors begin to walk or drive past the house, and there are now even coach tours to the street.

The lights are on until 9pm. This used to cost the family more than £200 a year but has reduced by at least £50 because they now use LED energy-saving bulbs.

Mrs Farnes said: "It's great listening to the children outside when they come and visit – they get so excited. All of this is for the children.

"Michael loves Christmas and really enjoys putting it all together. The enjoyment comes from seeing all the children smiling."

This year the family is fundraising for four charities – PDSA and three animal shelters based in Brighton and Hove.

Watch as a this can gets swallowed up by flowing lava