Is this the most Christmassy county in Britain? 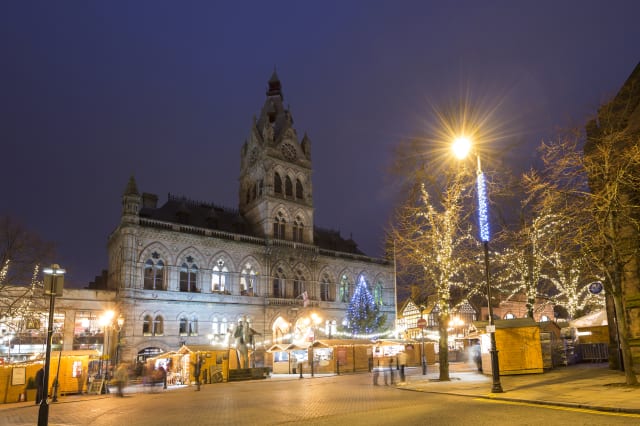 Can Cheshire claim to be the most Christmassy county in Britain? It certainly seems to have a sackful of quirky activities and attractions for seasonal staycations and festive days out. From its very own reindeer to hunting for presents in the world's oldest shopping arcade, seeking out Santa in Europe's biggest walk-in artificial Christmas tree to a stiff drink in a bar straight off a snowy mountain piste, there are some truly unconventional reasons why this north-west county is a contender for a gold Christmas star.

We asked the people at Visit Cheshire to give us the lowdown... 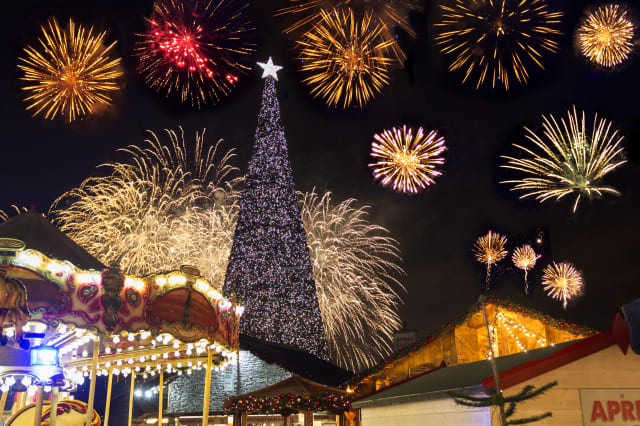 Cheshire Oaks, the designer discount outlet near Ellesmere Port, is renowned for big savings on famous brands. But at Christmas it is also the scene of a jaw-dropping Yuletide display. For this is where Europe's largest walk-in artificial Christmas tree peeps above the rooftops, while beneath the 90ft-high fir, decorated with thousands of baubles and twinkling lights, Santa has built his grotto. There's a vintage carousel, too, and a bar serving Glühwein, hot chocolate and crêpes to ward off the winter chill. 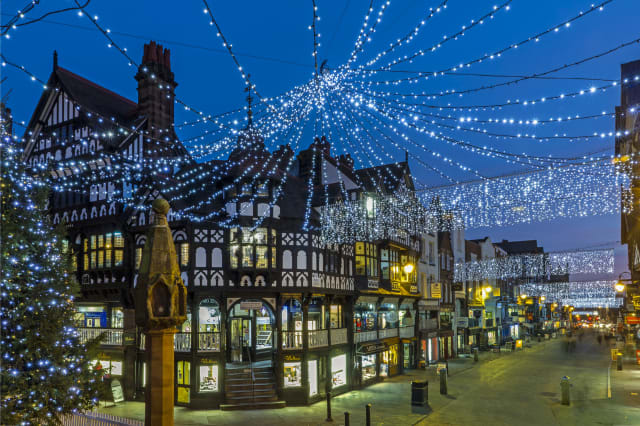 Hunt for gifts in the world's first shopping arcade

Chester's medieval and Tudor Rows – the world's first shopping arcade – is a scene straight off the lid of a chocolate box. These unique double-decker shopping galleries are the place to find presents from high-street names as well as local independents. Plus, non-shoppers can take a new tour led by the city guides, Rows Revealed, which unearths the history of these ancient retail outlets via beautifully preserved features such as the remains of a Roman hypocaust and finely decorated Tudor plasterwork (2pm, Thursdays, until 21 December, departs Town Hall Visitor Centre). Until 20 December, the Christmas Market will provide more inspiration for gifts, with local and regional artisans selling everything from candles to crackers. 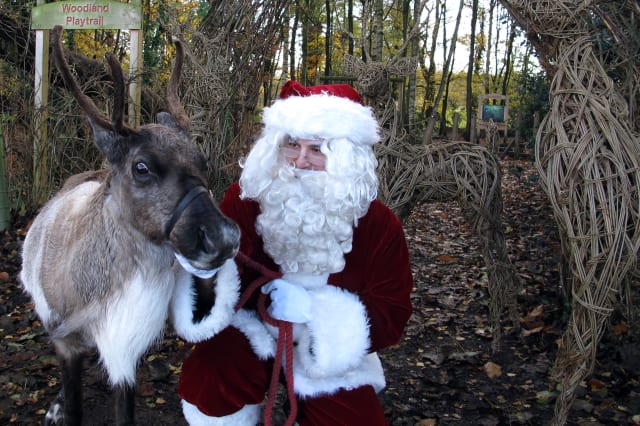 The historic hall at Tatton Park, near Knutsford, is also home to reindeers Prancer and Dancer. Every Christmas, the does earn their keep by pulling Santa's sleigh to his festive lodgings at Tatton's farmyard, where they join him in the family-friendly festivities at his grotto (weekends throughout December). At Tarvin Sands, near Chester, the residents of its Reindeer Centre will play starring roles in this year's "A Christmas Tale", and there will also be the chance for the audience to feed these beautiful creatures (2-24 December). 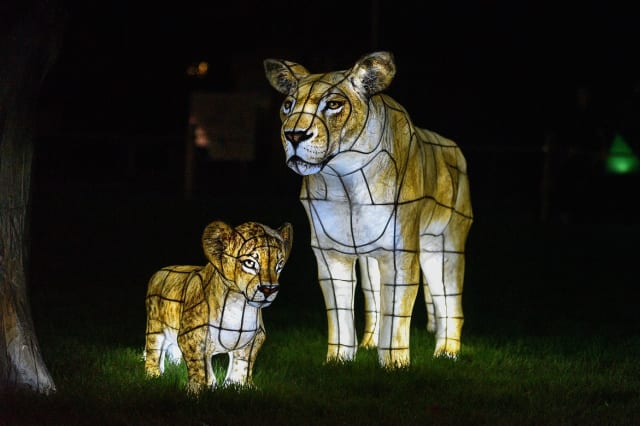 Rhinos, lions, monkeys – they are all embracing the Christmas spirit at Chester Zoo. For, as twilight descends, this menagerie transforms into Santa's sorting office in The Lanterns at Chester Zoo (until 30 December). Each night, local performing arts troupe Wild Rumpus creates an extraordinary lantern-lit world filled with music and dance, with animal-inspired fairy-tale scenes, sacks bulging with gifts and the chance to send Christmas wishes to Santa. 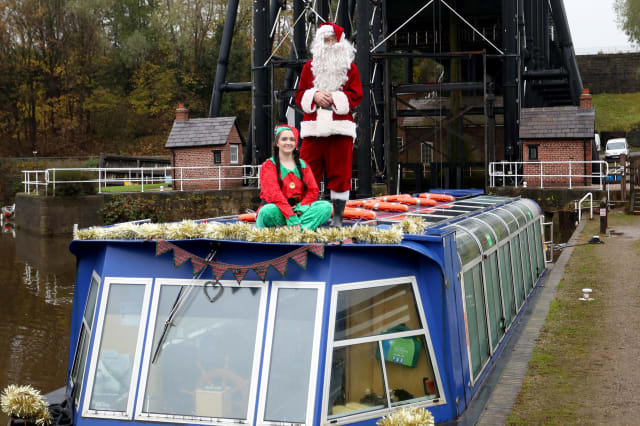 Ride with Santa on a boat

The Anderton Boat Lift, near Northwich, is a feat of Victorian engineering that spans the River Weaver and Trent and Mersey Canal. At Christmas, it's also a very unusual place to find Santa and his Elves hanging out. Yet the jolly fellow is sure to draw a captive audience of young families with his seasonal songs, stories and Christmas treats on the special Santa cruises (throughout December) that wend their way along Cheshire's waterways. 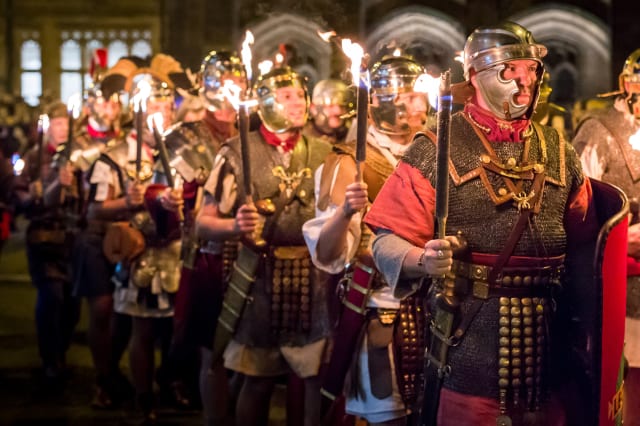 March with the centurions on a solstice parade

Chester holds not one but two ancient celebrations of light (14 December). On the annual Saturnalia parade (6pm), soldiers from the Deva Victrix 20th Legion march through the city streets in full military dress bearing torches. Then the Lord of Misrule is unleased on the Winter Watch Parade (8pm), a carnival of dancers, lantern-bearers and ghastly creatures, with a fearsome fire-breathing finale. 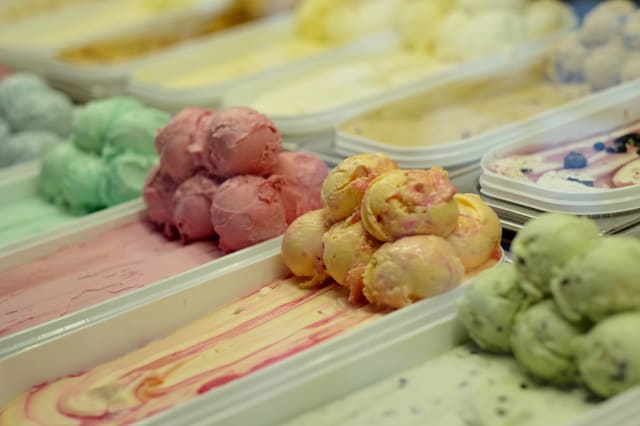 Ice cream isn't just for the summer holidays. In Cheshire, dairy central, they keep the cones topped up year-round. At The Ice Cream Farm, near Tattenhall, the elves have been hard at work concocting seasonal flavours such as "Christmas Pudding" and "Brandy Butter", made from the milk produced in the county's lush pastures. Ordering a scoop in the parlour (the world's largest purpose-built one of its kind) is perhaps advisable after the kids have enjoyed the rides in the farm's play park. 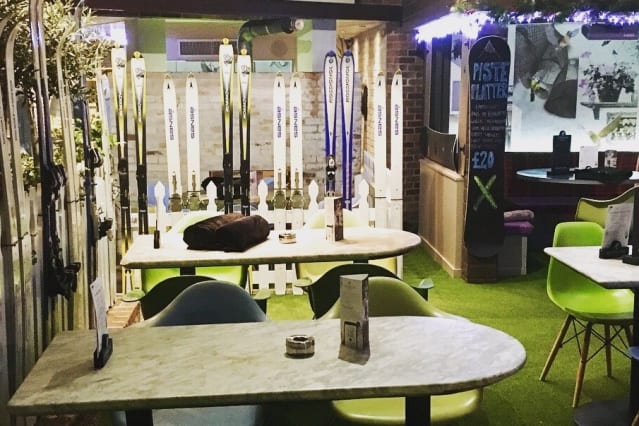 Raise a glass to après-ski

No need to head for the mountains for some snowy Christmas fun, they've got après-ski covered at Chester's offbeat boutique Oddfellows Hotel. The Secret Garden has been transformed into an Alpine haven, with heated chalets draped with tartan rugs and sheepskin blankets, stacks of snowboards and skis, and a winner's podium for that essential selfie. Hot Gin or a glass of fizz are recommended tipples, while baked camembert and pigs in blankets are among the fare served up on lavish "Piste Platters". 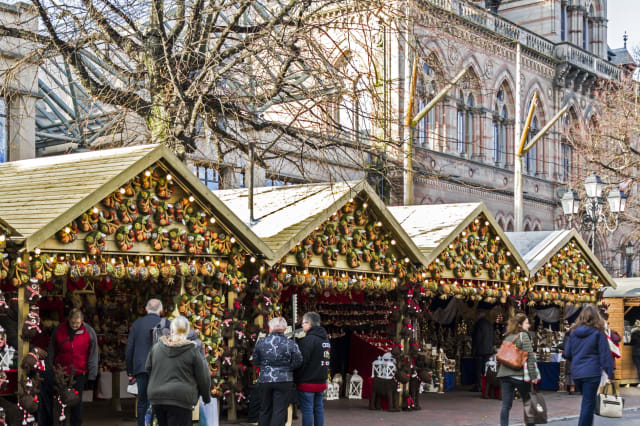 For more about Christmas in Chester and Cheshire, go to christmasinchester.com.

7 Amazing Things Your Body Does During Sleep

This Is The World's Largest Sinkhole

Homebound Hair Care! Here Are Some Hair Care Tips to Try During Lockdown!

This Cat With No Earflaps Was Rescued From Streets