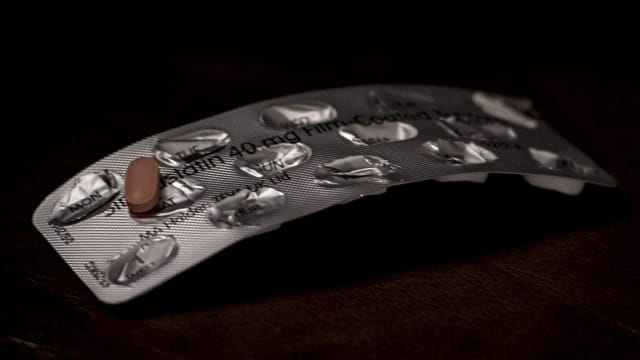 A "significant" proportion of patients being put on cholesterol-lowering drugs are deemed to be at low risk of having a heart attack or stroke, a new study suggests.

Researchers found there could be "significant over-treatment" of statin therapy among patients who have less than a 10% chance of developing cardiovascular disease (CVD) within 10 years.

The study, published in the British Journal of General Practice, tracked statin prescribing over a period of time.

Researchers from the University of Birmingham looked at data from 1.4 million patients aged over 40 across 248 GP practices across England and Wales between 2000 and 2015.

Among all patients, 151,788 were recorded as having undergone the recommended risk assessment for CVD.

The risk assessment tool - which predicts a person's risk of CVD within 10 years - was introduced in 2012 and is recommended by the National Institute for Health and Care Excellence (Nice).

The health body recommends that patients with a 10% or higher chance of developing CVD should be offered statins.

But, contrary to Nice guidance, the researchers found a significant proportion of people who started treatment were deemed to have a low risk of CVD.

Among patients started on a statin after 2012 when the risk tool was introduced, only 27.1% had a documented risk score recorded.

One in six patients who had the risk assessment and went on to start statin therapy were in the low-risk category, the researchers found.

"One in six statin initiations were to low-risk patients indicating significant over-treatment," they said.

The authors added: "It is possible that clinicians were responding to individual patient preference when prescribing to low-risk patients."

The authors also found potential "under-treatment" among those deemed to be at high risk - to have a 20% or higher chance of CVD within a decade.

Among those that had a risk score recorded after it was introduced in 2012, just over a third (35%) of high-risk patients were prescribed statins.

The researchers said most patients who had a risk score calculated were not offered a statin in the subsequent two months, even those deemed to be high-risk.

Nice lowered the threshold for eligible patients for CVD prevention therapy with statins in 2014. But this did "not result in the massive increase in statin initiations that was anticipated," they added.