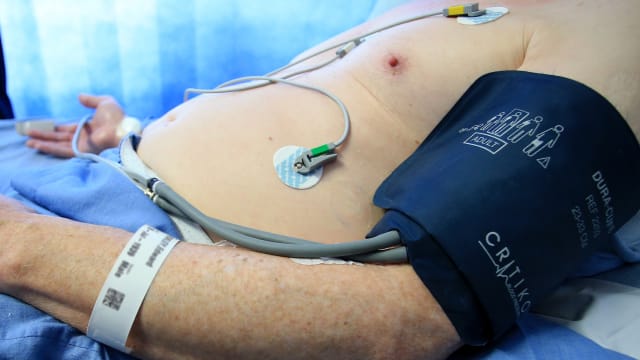 Some patients with bowel cancer are being denied life-saving surgery and are given end-of-life care instead, according to a new report.

The study, from the charity Bowel Cancer UK, found specialist doctors who could operate are being shut out of decisions on care, which then condemns patients to having palliative chemotherapy.

More than 41,000 people in the UK are diagnosed with bowel cancer each year, with about a quarter of those (10,000) diagnosed at late stage 4.

Fewer than one in 10 people (8%) at this advanced stage manage to survive for five years or more compared with 98% of those diagnosed in the earliest stage.

At stage 4, the cancer has spread around the body, usually to the liver or lungs.

Despite recommendations that those for whom the cancer has spread to their liver (a fifth of all patients) are reviewed by a liver specialist, research suggests many are not.

A study from Aintree University Hospital NHS Foundation Trust found 63% of 53 patients whose bowel cancer had spread to their liver could have had curative liver surgery but were instead treated with palliative chemotherapy and were not reviewed by a specialist surgeon.

Research shows up to 74% of patients who do undergo liver surgery for their cancer survive for five years after the operation, compared to a survival rate of six to 22 months for those who are just given chemotherapy.

"This can lead to patients' lives being extended or even cured."

Deborah Alsina, chief executive of Bowel Cancer UK, said: "The exclusion of specialists in treatment decisions can have devastating consequences for people with advanced bowel cancer.

"We must do more to transform survival chances for advanced bowel cancer patients and access to specialist surgery is a vital component to ensure lives are not needlessly lost."

The charity conducted a poll of 111 people with advanced bowel cancer and found 21% of those whose cancer had spread to the liver did not have a liver specialist involved in their treatment plan, while 37% did not have liver surgery.

One survey respondent said: "The first MDT (multidisciplinary team) I saw said my liver metastases were inoperable after 18 cycles of chemotherapy.

"I had to seek a second opinion from another MDT, which was very far from home. This MDT said I was operable."

Mercury Prize winner to be announced on The One Show