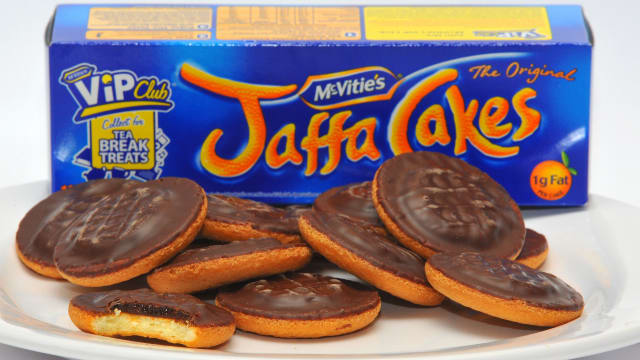 A box of Jaffa Cakes has shrunk in size from 12 to 10 biscuits, sparking outrage from fans of the favourite treat.

Some retailers appear to be still selling the McVitie's brand for the same amount as the old packs, despite the manufacturer dropping the recommended retail price (RRP) to reflect the smaller size.

Shoppers have taken to social media to express their anger, with Danyelle Douglas writing: "Twitter doesn't give me enough characters to allow me to inform you of how upset I am! Where did 2 Jaffa cakes go? 12 down to 10?'

Retail Barcode posted: 'Bad times. Mcvities Jaffa Cakes have not only decreased from 12 per pack to 10 but are now smaller.'

Craig Winter tweeted: 'You only get 10 jaffa cakes in a pack now?! What is this world coming to?!'

A McVitie's spokeswoman said: "As a company, we have taken the decision to adjust the pack size of our McVitie's Jaffa Cakes products and where we've reduced cake count, the RRP has also been reduced proportionately. This applies to all the core grocery channels.

"These changes represent the same price per cake, however pricing ultimately remains at the sole discretion of retailers.

"There is no change in the size, shape or weight of individual cakes in the McVitie's Jaffa Cake range."

This App Turns Your Grocery Receipts Into Free Gift Cards

Is It Possible To Be Allergic To Alcohol? You May Not Have Come Across This Answer

This Woman Has The World's Longest Eyelashes