The Duke of Cambridge has spoken of the need for football clubs to take more action to tackle mental health issues as he met adult survivors of childhood sexual abuse in the sport.

William, who is also president of the Football Association (FA), made his comments during a visit to the charity Sporting Chance in Liphook, Hampshire, which is working with those affected by non-recent sexual abuse in football. 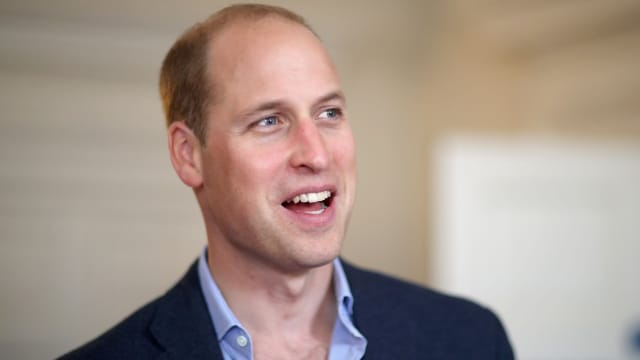 The prince was met by the charity's founder and former Arsenal defender Tony Adams, who explained how it had got involved following the recent emergence of allegations.

William said: "We have been very good at tackling things like racism and such in football and the fact that we are now seen to be leading the way in football and mental health is fantastic.

"We need to normalise this a lot more in stadiums around the country whenever we can, and people, fans, players, need to see that the clubs in particular have a huge role in promoting that message."

Referring to the death of Welsh captain Gary Speed, he added: "My understanding is following the tragic circumstances of Gary Speed, that started the ball rolling about people talking about their struggles and their problems, going 'Wow, if Gary Speed has these problems then I need to go see someone' and it's great news in that sense if from something so horrendous, something so positive has come from that.

"But equally it's very damning on all of us that has been brewing under there for a long time, these young men do not feel comfortable about some of this stuff."

"I do think the clubs do need to understand that better, you have to be careful you do not over-professionalise the industry.

Sporting Chance was set up in 2000 to support professional and former professional sportspeople with a range of issues from addictive disorders to bereavement, depression and anxiety, and has worked with about 70 survivors of historical abuse since the abuse came to light last year.

Sir David Attenborough: I refuse to cry in the corner over the planet

British Museum: We do not intend to remove controversial objects