The REAL reason it's hard to keep weight off 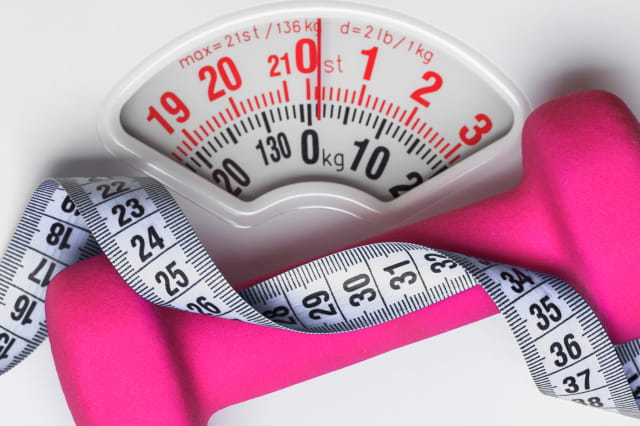 You worked hard to lose weight, but a few months later it starts to creeps back on. Six months later and you've regained most of the weight - and may have gained more besides.

Slipping back into bad habits plays a part, but scientists say there's more to it than that. In fact, the latest research suggests that once big, the body fights hard to get back to its original size - and keeping the weight off can be even harder than losing it in the first place.

Your metabolism drops
So what's going on? According to a study published in the journal Obesity, our resting metabolic rate (the number of calories the body burns keeping us alive - keeping the heart beating, the blood flowing, the lungs breathing) slows down considerably after weight loss.

Researchers followed 14 contestants on the American TV show, The Biggest Loser. Six years after dropping several stone, all but one of the 14 dieters had regained weight.

Before embarking on their gruelling weight loss and fitness regime, the group burned a daily average of 2,600 calories at rest, but this dropped to just 2,000 calories a day at the end of the show. Six years later, instead of creeping back up to its normal level, their resting metabolism had slowed further to 1,900 calories a day.

Researchers were surprised to find that their resting metabolic rate was much lower than they expected for the age and body composition of someone who had never been big.

Scientists aren't sure why dieting causes the metabolism to slow so dramatically, or why it should drop even lower after weight loss. Some experts suggest that our genes may be at work. In prehistoric times, humans had to cope with periods of hunger and malnutrition and the body may have evolved to slow the metabolism to help us survive.

What about exercise?
Surely with more exercise, you can get your metabolism back up? Well, yes and no. Doing exercise will certainly help you burn more calories and weight training in particular can help nudge your metabolism higher. However, because the vast majority of calories we burn (60-80 percent) is used to maintain basic bodily functions, dieters still face an uphill battle.

Your hormones work against you
It gets worse. As well as your metabolism slowing down, it seems your hormones want you to regain the weight, too. Ghrelin (the hunger hormone which compels you to eat) has been shown to rise after weight loss, while leptin (the hormone which controls hunger) drops.

After finishing the Biggest Loser, the contestants were found to have "virtually no leptin left in their bloodstreams." This is bad news, because without leptin we feel ravenously hungry. Six years later, the contestants had more leptin but only 60 percent of the level of what it was before they started their weight loss journey.

Researcher Joseph Proietto of the University of Melbourne told the New York Times: "The body puts multiple mechanisms in place to get you back to your weight. The only way to maintain weight loss is to be hungry all the time."

So what can you do?
A study from the Mayo Clinic found that losing weight gradually may help you to keep it off. People who gradually lost up to 20 pounds over several months seemed to maintain a reasonable resting metabolism.

If you can maintain your new weight for at least a year, you have more chance of keeping the weight off permanently, according to a study from Denmark.

Researchers say that obese people who shed an eighth of their weight (two stone for someone who is 16 stone) and keep it off for 12 months saw dramatic changes in the chemicals governing their appetite.

Researcher Signe Sorensen Torekov from the University of Copenhagen, said it demonstrated that biological defences could be overcome.

"We were able to show that you shouldn't give up. If you're able to keep your weight down for a year, then it shifts and it becomes easier."

It just means a year of working hard - watching what you eat, exercising and building up your muscle mass, and having the willpower to resist those hunger pangs. Once you reach your target weight, the real work begins.
Tags
Read Full Story Click here to comment