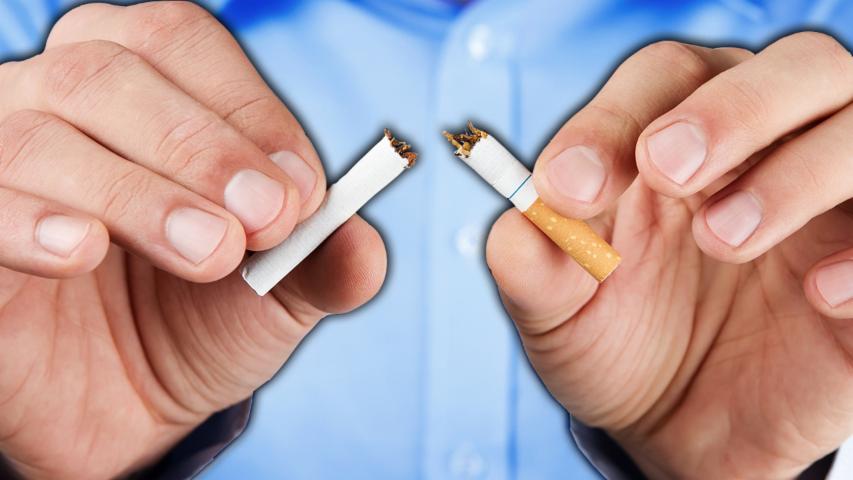 You know that smoking is bad for you and causes cancer, but do you know the best method to quit? While there are all kinds of aids and therapies available - from patches to acupuncture and lasers - surprisingly, going cold turkey could prove the most effective.

So what makes smoking so difficult to quit in the first place? Nicotine is naturally found in tobacco and is the thing that makes smoking so addictive. When inhaled, nicotine travels quickly to the brain where it releases dopamine and other feel-good chemicals into brain-cell receptors. Each nicotine hit creates more nicotine receptors - and when these are starved of nicotine, the brain rebels with intense cravings and withdrawal symptoms.

Cut down gradually or just stop?
You might think it's best to cut down gradually, so that your brain gets used to less and less nicotine. Nicotine replacement therapy (NRT) takes this approach and comes in a variety of forms, including patches, gums, lozenges and sprays. One of the most popular are nicotine patches, which deliver a constant low dose of nicotine, absorbed through the skin. Different patches deliver different amounts of nicotine, allowing you to wean yourself off nicotine altogether.

However, research suggests that using NRT isn't necessarily the best way to go. One study conducted by Harvard School of Public Health looked at 787 adults who had recently quit smoking. Participants were surveyed three different times over the course of several years. Researchers found that a third of participants had relapsed during each of these check-ins – leading them to conclude that using NRT was no more effective than going cold turkey.

A separate 2016 study published in the journal Annals of Internal Medicine found that smokers who gave up by going cold turkey were less likely to relapse than those who used nicotine patches or similar products.

Four weeks after quitting, 49% of abrupt cessation participants were able to kick the habit, compared to 39% of the gradual cessation group.

Researchers from University of Oxford who carried out the study checked on the two groups six months later. They found that 22% of those who quit by going cold turkey were still non-smokers – compared to only 15% of those who used nicotine replacement therapy.

In either case, the vast majority of those who stopped smoking had taken up the habit again, proving just how hard it is to quit.
Tags
Read Full Story