Shakira becomes latest musician to sell the rights to her music 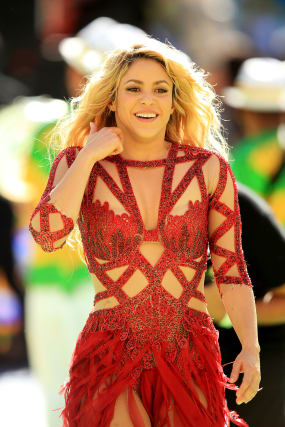 Shakira has become the latest musician to sell the rights to her music.

The Colombian singer’s 145 songs have been acquired by Hipgnosis Songs.

It is the latest in a series of acquisitions from the fund run by Merck Mercuriadis, a former manager of Sir Elton John and Pet Shop Boys.

Hipgnosis Songs also acquired the rights to Mariah Carey’s All I Want For Christmas Is You less than three months before it hit the top spot in the UK charts for the first time in December.

Financial details of Shakira’s deal, which sees Hipgnosis Songs acquire 100% of the music publishing rights to her back catalogue, have not been disclosed.

Mr Mercuriadis has built up a sizeable catalogue of songs since launching the fund on the London Stock Exchange in 2018.

Having raised more than £1 billion from shareholders, he has been able to throw hundreds of millions at artists and writers to buy out catalogues from some of the biggest names in music.

The acquisition includes Shakira’s hits such as Whenever, Wherever; Hips Don’t Lie and the official 2010 Fifa World Cup song Waka Waka (This Time For Africa).

Shakira said in a statement: “Being a songwriter is an accomplishment that I consider equal to and perhaps even greater than being a singer and an artist.

“At eight-years-old – long before I sang – I wrote to make sense of the world.

“Each song is a reflection of the person I was at the time that I wrote it, but once a song is out in the world, it belongs not only to me but to those who appreciate it as well.

“I’m humbled that songwriting has given me the privilege of communicating with others, of being a part of something bigger than myself.

“I know Hipgnosis will be a great home for my catalogue – and I’m so happy to partner with this company led by Merck, who truly values artists and their creations and is an ally to songwriters everywhere who care deeply about the continued life of their songs.”

Mr Mercuriadis said: “One step at a time, this incredible woman from Colombia has evolved into one of the most famous and influential people in the world.

“What no one should ever take for granted is that she is one of the most serious and successful songwriters of the last 25 years, having written or co-written virtually every song she has ever recorded.

“She is a superb creator who has led the charge from what was massive physical success to now having bigger success in streaming than most of her contemporaries.

“This is the result of her being a determined force of nature and having written songs the world is incredibly passionate about.

“It’s wonderful for us to welcome Shakira, the queen of Latin music and much more, to the Hipgnosis family.”