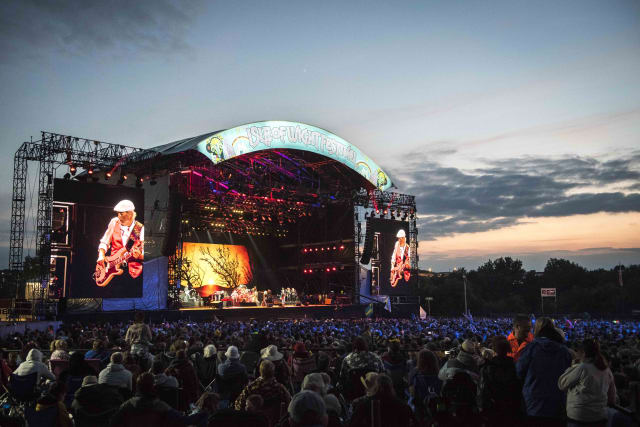 A petition calling for the Government to negotiate a visa-free cultural work permit with the European Union has attracted more than 250,000 signatures.

The UK’s new post-Brexit travel rules, which came into force at the beginning of the year, do not guarantee free travel in the EU for artists and other creatives.

The petition calls for the Government to reach an agreement with the EU for artists to be able to perform across its 27 member states without the need for a work permit.

Industry bodies, including trade group UK Music, have previously said that artists who have to secure visas for every country they visit may face extra costs.

The petition’s creator Tim Brennan, a freelancer, said: “The UK has a huge music/event touring industry which has suffered immensely due to Covid.

“After the end of the transition period, we face further hardship when trying to tour the EU on a professional basis with potentially each country asking for its own visa that would be valid only for one trip.

“As a freelancer I and many like me travel through the EU countless times a year on different tours and events. This will become impossible due to cost and time if we do not have visa-free travel.”

Parliament will consider the issue for a debate as it has reached the threshold of more than 100,000 signatures.

The petition reached the 250,000 signature threshold on Monday afternoon.

On Sunday a Government spokesperson said that during Brexit negotiations the UK had “pushed for a more ambitious agreement with the EU on the temporary movement of business travellers, which would have covered musicians and others, but our proposals were rejected by the EU”.

They also denied reports that the Government had rejected an offer for visa-free tours by musicians in the EU.

Last week Cabinet Office minister Lord True said talks with Brussels over visa-free travel for artists were “unlikely” to restart in the near future.

The Department for Digital, Culture, Media and Sport has been contacted for comment.