Martine McCutcheon explains her American accent on The Masked Singer 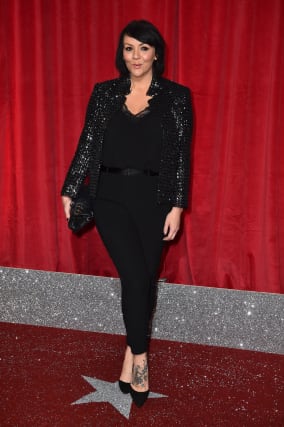 Martine McCutcheon has said it was “vital” she adopted an American accent on The Masked Singer because her own east London voice would give her away.

The Love Actually star, 44, was unmasked as Swan during the third episode of the new series on Saturday night.

Jonathan Ross was able to correctly guess her identity through the clues, but both Davina McCall and Mo Gilligan were tricked by her adopted accent.

Both thought the Hackney-born singer and actress was a member of the Pussycat Dolls – with Kimberly Wyatt and Ashley Roberts both mooted as guesses.

Speaking after being eliminated from the show, McCutcheon said: “The producers gave me some great ideas in regards to clues but I felt it was vital that I changed my accent as my own is so distinctive, it was fun to be American.”

McCutcheon said the intense secrecy around the programme and its stars’ identities made filming feel like she was on her way to “rob a bank”.

The former EastEnders actress added: “It was taken very seriously, I’ve never known anything quite like it. From the moment we left our house we had to wear a disguise and it felt like I was going to rob a bank.

“It was so well organised, not once did I see another contestant which made it even more exciting but also quite frustrating as I was dying to know who everyone was.”

She said she had enjoyed wearing the black, glittering Swan outfit, which featured a heavy black headpiece and wings.

“I thought the outfit was spectacular, very grand and full of sparkle,” she said.

“It was definitely my cup of tea. I was able to push everything to the max as a show girl and be very theatrical and elegant – I loved it.”

Asked if she wanted to wear the outfit again, she suggested it would be perfect for one of Ross’ star-studded Halloween parties.

Summing up her time on the show, she said: “Hot stuff because the outfit was so sexy and it was hot in there.”

The Masked Singer airs on ITV at 7pm on Saturdays.