Another celebrity’s identity revealed on The Masked Singer 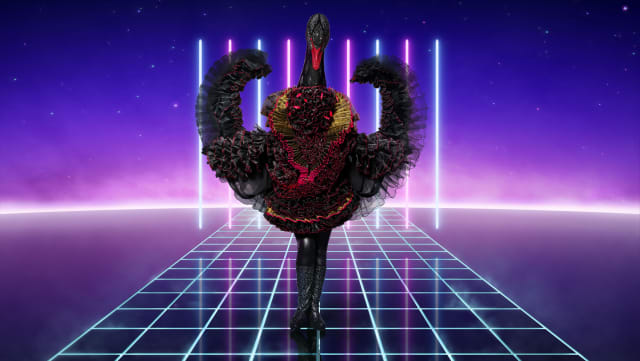 Martine McCutcheon has become the latest celebrity to have their identity revealed on The Masked Singer.

The Love Actually actress, 44, was the third star to get the boot in the new series after being unmasked as Swan.

Ross correctly guessed her identity, while both McCall and Gilligan were tricked by McCutcheon's fake American accent, thinking she was a member of the Pussycat Dolls.

Badger, Robin, Dragon and Sausage also competed in the third episode of the series.

Following a public vote, McCutcheon faced Sausage in the sing-off, but failed to impress the judging panel and they opted for her character to reveal its identity as the crowd chanted: "Take it off, take it off!"

Clues pointing towards her identity included that she used to be part of a girl band and had met the Prime Minister, which she did in character as tea-lady Natalie in Love Actually.

Louise Redknapp was among those who correctly guessed her identity.

The singer wrote on Twitter: "I recognise that voice Swan from school!!! I think it's my friend @martineofficial."

After being unmasked, McCutcheon said: "I just thought it would be so lovely to just come out and have fun."

Last weekend, Spice Girl Mel B was revealed as Seahorse and expressed shock at getting the boot so early in the series.

Former panellist Ken Jeong, who is American, was replaced by British comedian Gilligan this series because of travelling issues during the pandemic

The first series of The Masked Singer was won by Girls Aloud star Nicola Roberts, who performed as Queen Bee.

The Masked Singer airs on ITV at 7pm on Saturdays.