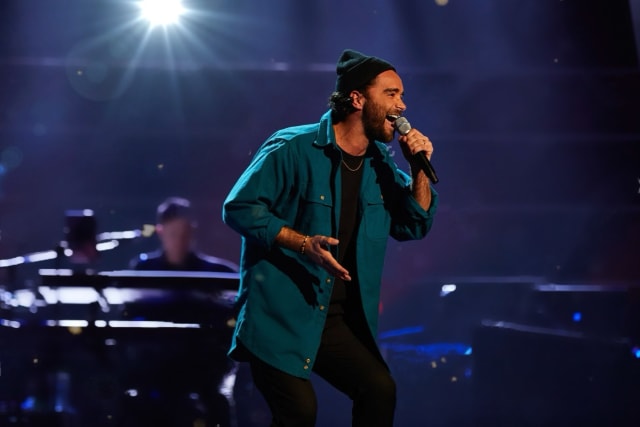 West End star Matt Croke is among the hopefuls looking to impress the judges on the latest episode of The Voice UK.

The actor, who played the title role of Disney’s Aladdin at the Prince Edward Theatre, will perform Come What May from Moulin Rouge during the blind auditions.

He said: “All my life I’ve been involved in musical theatre, it’s what I know and what I love. 2020 changed a lot of things, but most noticeably for me I wanted to find a different way to do what I love the most.

The performer, who has also appeared or understudied in a string of major roles, including West Side Story’s Tony, Wicked’s Fiyero, Funny Girl’s Eddie, and Chicago’s Amos Hart, is hoping to dazzle judges Sir Tom Jones, Olly Murs, will.i.am and newcomer Anne-Marie.

The winner of the show, hosted by Emma Willis, will be given a recording contract with Universal’s label UMOD.

This year the show now includes a new format twist called The Block, which offers the four coaches an opportunity to stop a fellow coach from adding a singer to their team.

During the blind auditions each coach will have one chance to use their “Block” button in an attempt to secure the best team possible – and ultimately weaken the chances of the other coaches.

The Voice continues on ITV on Saturdays at 8.30pm.