Stella Tennant ‘felt unable to go on’ after being unwell, family say 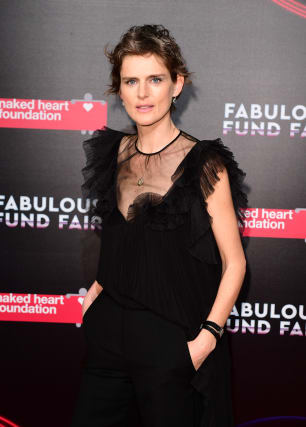 The family of Stella Tennant have confirmed the model took her own life, saying she "felt unable to go on" after being "unwell for some time".

The aristocratic model, who died five days after her 50th birthday on December 17, was also described as "a beautiful soul".

Police Scotland said at the time there were no suspicious circumstances.

The statement from her family on Thursday said: "We have been humbled by the outpouring of messages of sympathy and support since Stella died.

"She was a beautiful soul, adored by a close family and good friends, a sensitive and talented woman whose creativity, intelligence and humour touched so many.

"Stella had been unwell for some time. So, it is a matter of our deepest sorrow and despair that she felt unable to go on, despite the love of those closest to her.

"In grieving Stella's loss, her family renews a heartfelt request that respect for their privacy should continue."

The granddaughter of the 11th Duke of Devonshire, Andrew Cavendish, and Deborah Mitford, Tennant rose to fame in the 1990s, walking the runway for designers including Versace and Alexander McQueen.

She was among models representing the British fashion industry during the closing ceremony at the Olympic Stadium, on the final day of the London 2012 Olympics.

Tennant married French-born photographer David Lasnet in the small parish church of Oxnam in the Scottish Borders in 1999. They had four children together.

In 1993, aged 23, Tennant broke into modelling, posing for magazines such as French, British and Italian Vogue as well as Harper's Bazaar.

Later that decade Karl Lagerfeld announced Tennant as the new face of Chanel with an exclusive modelling contract, and she became a muse for the fashion designer which he attributed to her resemblance to Coco Chanel.

She was inducted as Model of the Year in the Scottish Fashion Awards Hall of Fame in June 2012.

In an Instagram tribute after Tennant's death, Stella McCartney wrote: "What sad, horrific news to end this already shocking year.

"My heart goes out to your stunning family who must be in such underserving pain.

"I am speechless... Rest in peace, you inspiring woman.

"Your soul and inner beauty exceeded the external perfection, Stella."

Victoria Beckham also paid tribute to Tennant on Instagram at the time, saying: "So saddened to hear the devastating news about Stella Tennant.

"She was an incredible talent and someone I had so much admiration and respect for."