Eddie Izzard: I feel wonderful when called ‘she’ 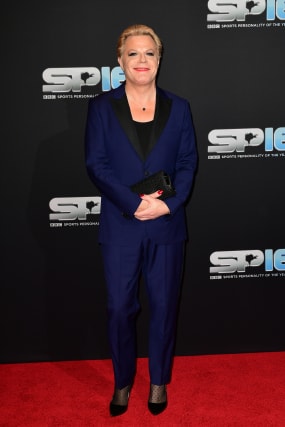 The gender-fluid comic, 58, was recently referred to as “she/her” while appearing on a TV show.

Izzard told ITV show Lorraine: “There is a request but it is never a demand or an insistence.

“If people have a problem, just call me Eddie. It is no big deal for me. I am gender-fluid.

“I do all my dramatic roles in boy mode. If people are angry, I am trying to tell the truth at a time when lies are used as a tool of politics …

“I am trying to tell what is actually going on and we are getting closer and closer to finding out what the genetic thing is in transgender and that is going to help humanity,” the star said.

On being misgendered, Izzard said: “It is live and let live. If anyone refers to me as ‘she’ or ‘her’, I feel a wonderful feeling.

“I want everyone to back off it … Stop being so obsessed about this. Just back off – we are all human beings and we need to make humanity work.”