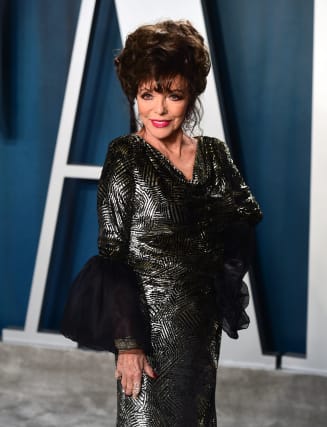 Dame Joan Collins will publish her “outrageous” and  “uncensored” diaries.

Life AD (After Dynasty) will contain no holds barred insights into other celebrities and “wry insights”.

They detail encounters with members of the royal family and her “honest insights of other celebrities at parties or dinners”.

The Dynasty star penned almost all the “hilarious” entries within hours of the events they describe.

Publishers said her diaries are “as scandalous as Andy Warhol’s – and pull no punches”.

American Horror Story star Dame Joan said: “I am thrilled about being published by Weidenfeld & Nicolson and under the guidance of Alan Samson (the publisher’s chairman).

“He was clever to publish these diaries, ensuring he won’t end up in them.”

Samson said: “It is no surprise that Joan’s elegant and needle-sharp observations as a writer combine the detachment of a great diarist with her active participation in many of the highly entertaining events she describes.”