Dame Barbara Windsor hailed as ‘truly extraordinary’ ahead of funeral 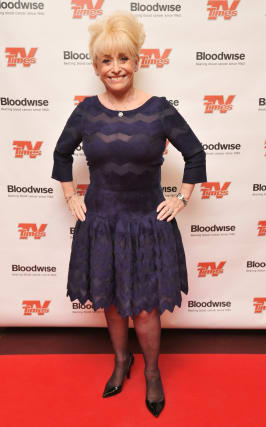 Dame Barbara Windsor has been hailed as “a truly extraordinary woman” ahead of her funeral.

The actress, known for her work in the Carry On films and EastEnders, died in December at the age of 83.

She will be cremated at a private ceremony to be held at Golders Green Crematorium in London on Friday afternoon and numbers will be limited because of coronavirus.

Dame Barbara had been diagnosed with Alzheimer’s disease in 2014.

She and her husband Scott Mitchell have been widely praised for their work raising awareness of dementia after the actress went public with her diagnosis in 2018.

Kate Lee, Alzheimer’s Society chief executive, said: “We will be forever grateful to Dame Barbara Windsor and her husband Scott Mitchell for sharing their dementia experience so bravely and publicly raising awareness of what it’s like to live through this devastating disease, for people with dementia and their carers.

“Both Dame Barbara and Scott were instrumental in putting social care on the map through supporting our Fix Dementia Care campaign and in raising vital funds for dementia research through Dementia Revolution – the most successful Virgin Money London Marathon charity partnership campaign ever.

“The £4 million raised is powering discoveries at the pioneering Dementia Research Institute which Alzheimer’s Society co-founded – research will beat dementia.

“Dame Barbara was a truly extraordinary woman, and today our thoughts are with her and Scott’s family and friends and everyone who loved her.

“Sadly, too many are facing dementia alone without adequate support. We urgently need to find a cure, improve care and offer help and understanding for people affected.

“Alzheimer’s Society is here for anyone affected by dementia.”

A JustGiving page set up as a tribute to Dame Barbara and in aid of Alzheimer’s Research UK has raised more £145,000.