Neil Young sells 50% of back catalogue rights to Hipgnosis Songs 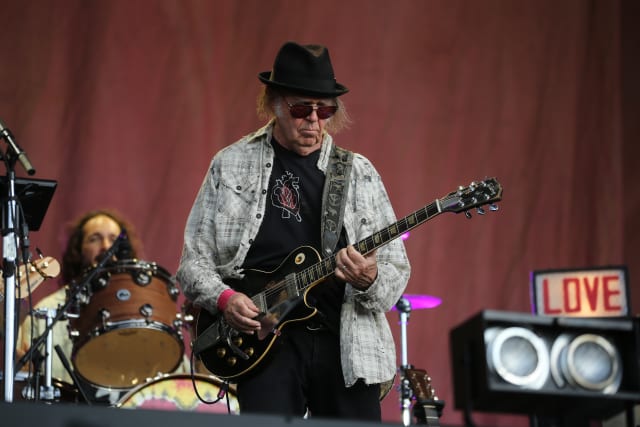 Neil Young has sold a 50% share of his back catalogue to music investment fund Hipgnosis Songs – its third major aquisition in a week.

The deal covers the writing and publishing rights to 1,180 songs composed by the Canadian singer-songwriter, ranging from his 60s groups such as Buffalo Springfield to his 50-year solo career including 1972 hit album Harvest.

It is the latest in a series of acquisitions from the active fund run by Merck Mercuriadis, a former manager of Sir Elton John and Pet Shop Boys.

Mr Mercuriadis has built up a sizeable catalogue of songs since launching the fund on the London Stock Exchange in 2018.

Having raised more than £1 billion from shareholders, he has been able to throw hundreds of millions at artists and writers to buy out catalogues from some of the biggest names in music.

Earlier this week Hipgnosis Songs bought the publishing rights to former Fleetwood Mac lead guitarist Lindsey Buckingham’s 161 songs, and a 50% share in all songs he has not yet released.

It also acquired the worldwide producer royalties from 259 songs by Iovine, who has produced for artists including U2 and Bruce Springsteen and founded the Beats Electronics audio gear business with Dr Dre.

Beats Electronics was purchased by Apple in 2014 in a deal worth three billion dollars (£1.94 billion).

The Hipgnosis Songs roster also includes rights for music by Debbie Harry, the singer of Blondie, Mark Ronson, and even Mariah Carey song All I Want For Christmas Is You, which hit the top spot in the UK charts in December, less than three months after being bought by Hipgnosis.

Mr Mercuriadis said: “I bought my first Neil Young album aged seven. Harvest was my companion and I know every note, every word, every pause and silence intimately. Neil Young, or at least his music, has been my friend and constant ever since.

“I built Hipgnosis to be a company Neil would want to be a part of. We have a common integrity, ethos and passion born out of a belief in music and these important songs.”

It comes after Universal Music Group acquired Bob Dylan’s entire back catalogue in December, in a deal reported to be worth hundreds of millions of dollars.