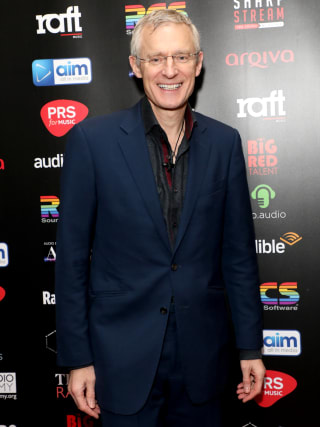 Jeremy Vine has said having coronavirus in December after reporting on it for so long felt like "meeting Elvis".

The 55-year-old presenter said on his Channel 5 current affairs programme that he had developed symptoms – including a persistent cough, muscle ache and a fever – on December 22.

By Christmas he had received a positive test result, after self-isolating in the spare room of his family home and recording a series of video diaries.

Dr Sarah Jarvis, the resident doctor for his TV show, also had to self-isolate after Vine called to alert her to his positive result, although she did not develop symptoms.

Kicking off his show on Monday, Vine aired a series of videos he had recorded while self-isolating.

After showing a video of him looking pale and coughing, Vine added: "When you have reported so much on a virus and you finally get it, it's like meeting Elvis. But actually, by day three, Christmas Day, I was a little better, although I had now had a positive test result.

"I followed all the rules. The family isolated. I had to isolate within the house."

Vine played down his experience of the virus, saying he had received a "light dusting" compared with some people, but admitted it was "no fun" taking a nasal Covid-19 test.

Explaining his initial symptoms to guest Vernon Kay, he said: "I basically felt unwell. It's just as vague as that. I felt a bit overheated."

The presenter has been reporting on the coronavirus pandemic across his Channel 5 and BBC Radio 2 shows, with the help of Dr Jarvis, who offers scientific analysis.

It came as Health Secretary Matt Hancock refused to rule out another national lockdown amid concerns that the new variant coronavirus is spreading out of control.

The latest data shows a 33% rise in the number of confirmed coronavirus patients in hospital in England between Christmas Day and January 2.