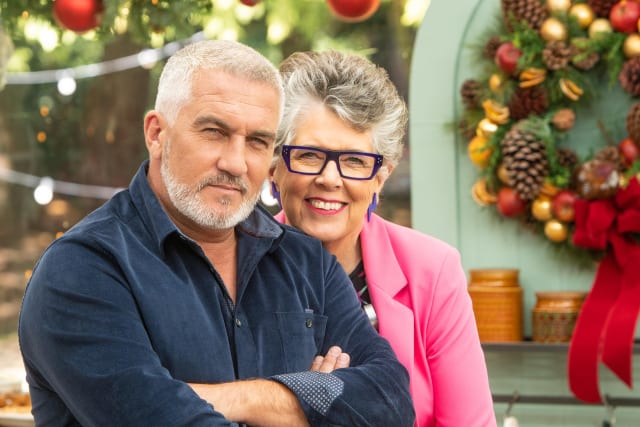 Rahul Mandal has been crowned the winner of the Great British Bake Off New Year special.

The 2018 champion competed against other past bakers from the tent.

But he beat his rivals – 2014 winner Nancy Birtwhistle, and Henry Bird and Helena Garcia, from 2019 – in the New Year special.

The contestants competed across three challenges for judges Prue Leith and Paul Hollywood.

Bird wowed Hollywood with a crumble packed with ginger, a favourite of the often-critical judge.

Garcia amused the judges with a bake in her trademark Gothic style, crafting edible tombstones to sit atop her graveyard-themed crumble.

However, Mandal looked aghast as Hollywood discovered a piece of cinnamon in his forkful of crumble.

In the technical challenge, the contestants created six bao buns with a crispy shredded duck filling.

Birtwhistle admitted she knew nothing about bao buns, including how to pronounce them, describing the task as “absolute hell”.

While the other three contestants managed to coax positive comments from the judges, Leith and Hollywood agreed Birtwhistle’s buns were underproved and messy.

She placed last while Mandal claimed first place in the challenge.

For the showstopper, each contestant made a cake that represented their 21st birthday using ingredients of their choice.

Bird turned 21 this year but was not able to host a party due to coronavirus restrictions. He baked a three-tier raspberry and swiss meringue buttercream cake.

Birtwhistle created a cake depicting a road trip she took on her 21st birthday, complete with a figurine of her wearing bell-bottom jeans.

Continuing her Gothic theme, Garcia baked a crystal ball and blood candle cake flavoured with chocolate and peanut, although the judges said her effort was underflavoured.