Mel B: It was gutting and hilarious to be unmasked 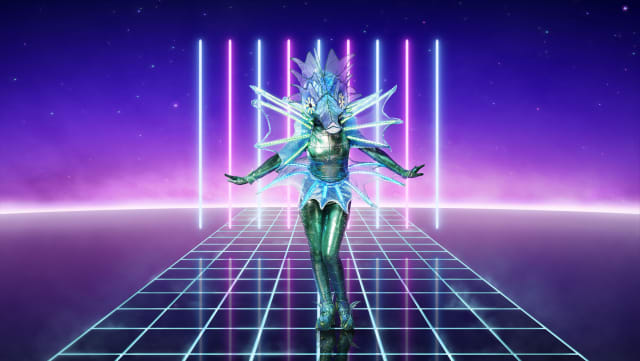 Mel B said it was “gutting, hilarious and shocking” to be booted off The Masked Singer.

The former Spice Girl, 45, was the second star to exit the new series, while performing as Seahorse.

The star said she was “sad but relieved because now I can go back to being me”.

She attempted to channel Baby Spice but trying to disguise her identity “just didn’t work”, she said, adding: “They sussed it.”

She signed up because she wanted to do a show that is “fun, crazy, over-the-top and completely bonkers”, she said.

And she wanted to “challenge myself to see if I could actually disguise my singing voice which people have known for 25 years”, she said.

Asked how it felt to leave the competition, the singer,  known as Scary Spice, said: “Gutting, hilarious and shocking. I’d only just started.”

She said she “didn’t find it hard” to keep the fact she was taking part secret.

“My mum didn’t know, my kids didn’t know and the girls don’t have a clue,” she said of her daughters.

And she added of her alter ego: “I loved Seahorse. She was so cute. I liked getting into this sweet, cutesy character which is a bit different for me.

“She was so pretty with all the coloured lights and the ruffles.

“The mask was pretty hard to wear because it was quite hard to breathe which makes it even more hard to sing, especially as I was trying to sing in this breathy, girly voice.”

And she added: “I was so nervous because I had to sing in a way I still hadn’t really got used to and I was really out of my comfort zone.”

The Masked Singer continues on ITV.