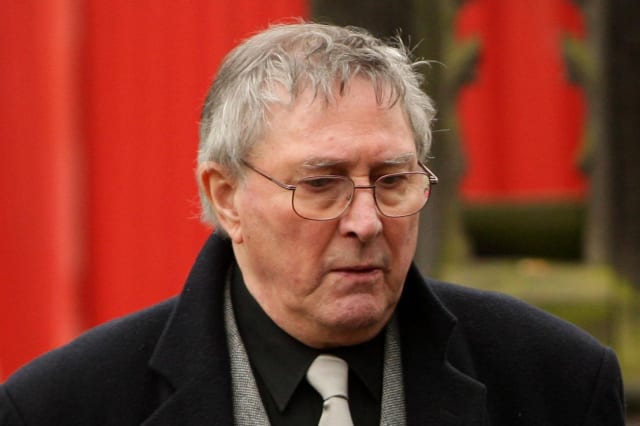 Coronation Street actor Mark Eden has died at the age of 92, his agent has said.

He was best known for playing Alan Bradley in the ITV soap and is survived by his wife and co-star Sue Nicholls, who plays Audrey Roberts.

A statement to the PA news agency said: "We are very sad to announce the death of actor Mark Eden.

"Mark had been living with Alzheimer's disease for some time, and was hospitalised in November.

"Mark, 92, had a long career spanning more than 50 years, including eight years in Coronation Street as character Alan Bradley.

"He is survived by his wife Sue, his daughter Polly, his stepson Saul, and granddaughter Emma. We ask that their privacy be respected at this very difficult time."

Born Douglas John Malin, Eden's first screen credit was in 1958 with a role in Quatermass And The Pit.

He later acted in the 1965 film Doctor Zhivago, starring Julie Christie and Omar Sharif, Doctor Who and The Avengers.

He also appeared in London Belongs To Me and Crown Court.

His run in Coronation Street ended after his character was killed by a Blackpool tram and Eden later unveiled a plaque at the tram stop where the scene was filmed.

Later in his career he appeared in Doctors and Casualty, with his last screen credit in 2013 in the TV movie An Adventure In Space And Time.