John Bishop thanks fans for support after revealing Covid-19 diagnosis 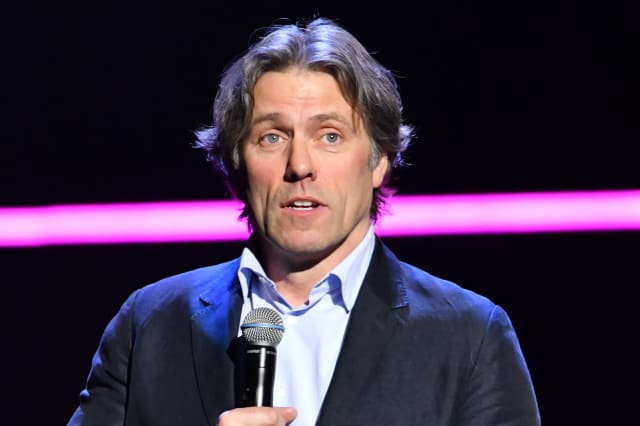 John Bishop has said he has been "overwhelmed" by support since revealing he tested positive for coronavirus on Christmas Day, and promised he will be back to work in January.

The comedian, 54, previously said both he and his wife Melanie contracted the virus over the festive period and had been "flattened" by the illness.

On Thursday, he wrote on Twitter: "Thank you for all the messages of support regarding my recent positive Covid test.

"I have been overwhelmed and moved by the amount of messages privately and publicly.

"Every day we are getting a little stronger and I will be back at work in Jan. Keep safe and Happy New Year."

Bishop shared the news on Wednesday that he had tested positive, saying the couple are suffering from a range of symptoms including headaches, nausea and "incredibly chronic fatigue", despite both being non-smokers and usually fit.

Bishop also shared with his 3.5 million Twitter followers a screenshot of an NHS notification informing him he had tested positive.

He wrote: "This came through on Christmas Day. This is the worst illness I have ever had, debilitating headaches, muscle joint and even skin pain, dizziness, nausea, no appetite, incredibly chronic fatigue.

"My wife and I are fit non smokers and it's flattened us. I don't wish this on anyone."

The Liverpool-born comic has been married to Melanie since 1993 and they have three sons.

After his live stand-up dates for 2020 were cancelled due to Covid-19, he launched a podcast with writer, actor and director Tony Pitts.

Three Little Words sees the pair talk to people about their lives, hopes, struggles and beliefs, inspired by the three words that mean something important to them, as well as the word they hope to never hear again.

The duo have interviewed stars including Robbie Williams, Jason Manford and Rachel Shenton, as well as less well known people, about the words that have had an impact on their lives.