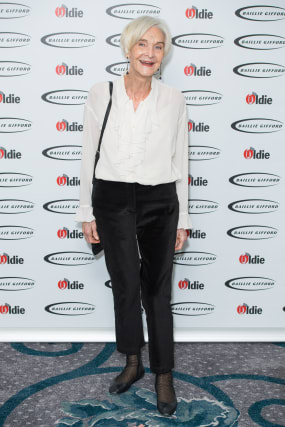 Sheila Hancock said she feels “an immense sense of duty” after becoming a dame in the New Year Honours.

The actress, 87, has been recognised for services to drama and charity and joked “I may be lowering the tone”.

Dame Sheila, who from a working class background has been part of British cultural life since the 1960s with roles on the stage and screen, told the PA news agency she was “very flattered” at the honour.

She said: “I’ve never felt myself this sort of person. It just doesn’t happen to people like me. I feel I may be lowering the tone. I feel slightly miscast, let’s put it that way.

“But I also feel an immense sense of duty as a result of it. Far from feeling, ‘how lovely, wonderful and good me, pat on the back and now I can sit and enjoy myself,’ I actually feel challenged by it.

“I feel I’ve got to prove something and work even harder, particularly in my charity area. I’ve got to earn it, as it were, now, quickly, before I die. And acknowledge it’s not so much a pat on the back, but it’s saying you have certain duties. That’s what it feels like to me.”

Dame Sheila, who was married to the actor John Thaw before his death in 2002, started her career in the theatre, finding success in both the West End and on Broadway.

Her career flourished with comedy performances on the BBC, with roles in sitcoms including The Rag Trade, Mr Digby Darling and Now, Take My Wife.

In 1972 she landed her own series, But Seriously, It’s Sheila Hancock.

As well as her acting career, Dame Sheila has worked extensively for charity and has campaigned for improving education, especially for children from poorer backgrounds.

She told of her fears the pandemic-enforced closure of schools may widen the gap between rich and poor students.

She said: “I am very worried at the moment about the gaps with the kids that haven’t done any work since March, if they haven’t got the background that can help, haven’t even got a bloody iPad, and the other ones whose parents have been wonderful in giving them home education.

“I think this is going to be a huge problem in the future, that we’ve got to work on.”

She was married to Inspector Morse actor Thaw until his death, also from oesophageal cancer, in 2002.

She and Thaw had one child together, Joanna, while she also had a daughter with Ross and is stepmother to Abigail, Thaw’s daughter from his first marriage.

Dame Sheila wrote movingly about her relationship with Thaw in the 2004 dual biography The Two Of Us, which reflected on the couple’s 28-year marriage and his battles with alcoholism and depression.

In 2008 she explored her widowhood in memoir Just Me. Her later acting roles include the 2016 TV comedy series Delicious and the 2017 drama film Edie, in which she played an octogenarian who embarks on a mission to climb a Scottish mountain.

Dame Sheila, born in 1933, was evacuated from her home during the Second World War. She drew comparisons between that conflict and the misery caused by the pandemic and said she hopes the health crisis will lead to a more caring society.

She said: “At the end of the war we came together, and during the war people were already planning the welfare state. There were people getting together saying ‘this has got to change’. And because working class men were meeting people from the upper class and vice versa, they realised that there was awful inequality and they did something about it.

“A revolution happened, slowly. And it was agony, but after the war we changed the world for people from my background. And I’m hoping out of this people will realise we are grossly underpaying people like care workers and we’re not valuing them. It’s no good just standing clapping them.”