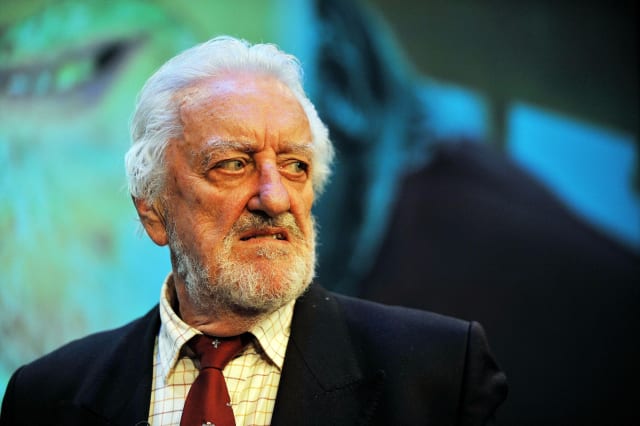 The actor, comedian and singer, born in Oldham, Greater Manchester, has recorded hit novelty records, appeared in films including Sir Alfred Hitchcock’s Frenzy and the Carry On series, and narrated The Wombles.

He also holds the title as the only actor to have played two separate companions in Doctor Who, portraying Tom Campbell in 1966 before returning for the 2008 series as Wilfred Mott.

BBC presenter Ahmed urged her followers to delve into his musical back catalogue, some of which was recorded with Beatles producer Sir George Martin.

She tweeted: “Happy birthday Bernard Cribbins. If you haven’t already discovered his rather excellent albums, him talking about working with George Martin will convert you …”

Top Gear presenter Paddy McGuinness shared a joint message to Cribbins and Sir Billy Connolly, who on Monday marked his retirement from stand-up comedy with a special tribute programme on ITV.

The Scottish comic, known affectionately as The Big Yin, was diagnosed with Parkinson’s disease in 2013 and announced his decision to retire from live performance five years later.

CBeebies’s parenting Twitter account described Cribbins as a “TV legend” and shared a clip from the The Wombles, which he narrated in the 1970s.

The message said: “Happy 92nd birthday to our wonderful Old Jack himself – Bernard Cribbins OBE!! Truly a children’s TV legend! What do you most remember Bernard for?”