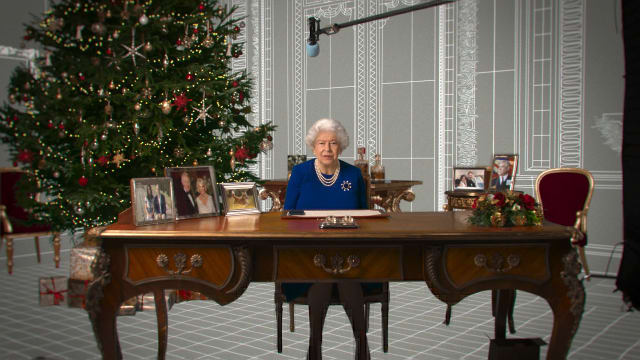 The broadcaster used digital trickery to make an actress look like the Queen for what had been billed as a warning about misinformation and fake news.

The speech included jokes about the Duke and Duchess of Sussex's departure from the UK, as well as a nod to the scandal surrounding the Duke of York and his connection to convicted sex offender Jeffrey Epstein.

One viewer described the speech on social media as "disrespectful".

An Ofcom spokesman confirmed the watchdog had received 214 complaints.

They added: "We are assessing these complaints against our broadcasting rules, but are yet to decide whether or not to investigate."

Deepfake technology has become increasingly prevalent over recent years and can be used to create convincing but completely manufactured video content of high-profile figures, most notably of former US president Barack Obama, who has been the subject of a number of deepfake videos.

In the alternative speech, the digital version of the Queen performed a TikTok dance routine and revealed her penchant for "Netflix and Phil" with the Duke of Edinburgh.

Channel 4's alternative Christmas message aired opposite the BBC's broadcast of the Queen's official annual televised message to the nation.

It has previously been delivered by whistle-blower Edward Snowden, actor Danny Dyer, the Reverend Jesse Jackson, Doreen and Neville Lawrence, children who survived the Grenfell Tower disaster and The Simpsons.

Ian Katz, director of programmes at Channel 4, described the latest one as "a powerful reminder that we can no longer trust our own eyes".