Ronan Keating calls for visa-free travel for artists after Brexit 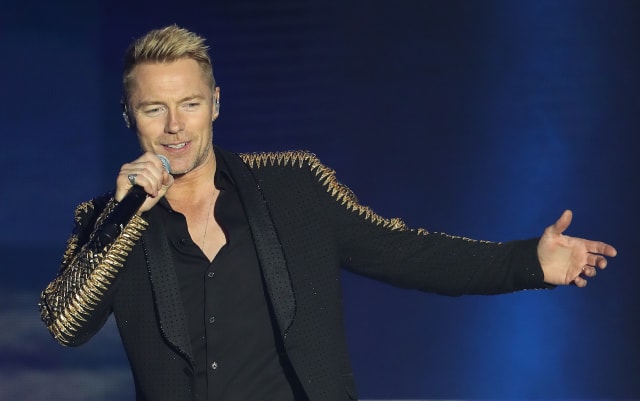 Ronan Keating has backed a petition calling for visa-free travel for artists and other creatives in the European Union after Brexit.

The Boyzone star, 43, shared a link to the appeal with his 500,000 Twitter followers and wrote: "Signed please do the same."

More than 112,000 people have signed the petition, which urges the Government to negotiate a "free cultural work permit" to ensure ease of travel throughout the 27 member states.

From January 1, free movement of people between the UK and the EU will end and touring arts professionals will face new rules.

Industry bodies, including trade group UK Music, have warned that performers who have to secure individual visas for each country they visit may face extra costs.

The music sector itself has been hard hit by coronavirus with live performance effectively halted since spring.

The petition's creator Tim Brennan, a freelancer, said the increased costs would make touring "impossible" for some artists.

He wrote: "After the end of the transition period, we face further hardship when trying to tour the EU on a professional basis, with potentially each country asking for its own visa, that would be valid only for one trip.

"As a freelancer I and many like me travel through the EU countless times a year on different tours and events, this will become impossible due to cost and time if we do not have visa free travel."

Parliament will consider the issue for a debate after it reached more than 100,000 signatures.

The Charlatans frontman Tim Burgess, whose Twitter album listening parties have found success during the pandemic, has also backed the campaign.

He said on Twitter: "So many MPs namedrop bands and artists in order for them to seem relevant/ cool. We now need them to help us.

"The UK music industry contributed £5.8bn to our economy in 2019. – for that to continue, we need to be able to tour Europe."

The petition is online at https://petition.parliament.uk/petitions/563294/.