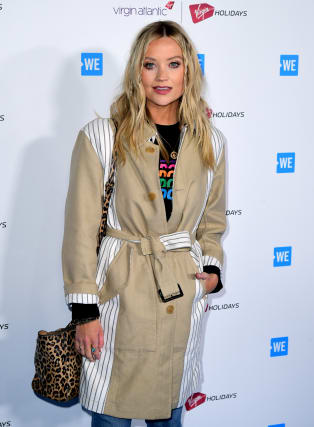 Laura Whitmore has shared a photo of her growing baby bump, following her announcement that she and Iain Stirling are expecting a baby next year.

The television presenter said earlier this month that their child will arrive in “early 2021”.

On Boxing Day, she shared a photograph of her stomach as she joked she had eaten too much on Christmas Day.

Alongside the image, she wrote: “That day after Christmas bloat (probably about time I acknowledged my favourite yellow jumper doesn’t fit anymore).”

Whitmore and Stirling, who has narrated Love Island since 2015, met at a TV awards ceremony in 2016.

However the pair did not get together until later.

Last week Whitmore, 35, told Hunger Magazine that the first three months of her pregnancy had been “really hard because I was very sick and nauseous”.

She added: “There were a few times on live radio where I actually got physically sick during the show.”

The Love Island presenter added she feels “very lucky and blessed”, and becoming pregnant was “a nice surprise”.

Whitmore took over as the host of ITV2 dating show Love Island from Caroline Flack and also recently joined Celebrity Juice as a team captain alongside Emily Atack.