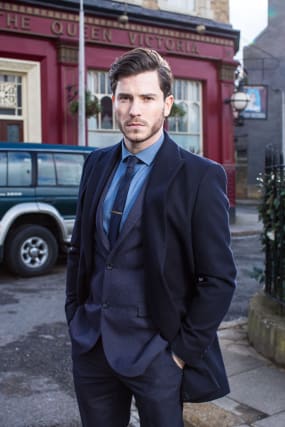 EastEnders’ Boxing Day episode ended on a cliffhanger after Gray Atkins was accused of murder by Tina Carter.

She confronted him about the death of Chantelle Atkins in the closing scenes of Saturday’s episode.

Gray had previously told Tina the police had a witness who could give evidence against her over the attack on Ian Beale, however she later discovered this to be false.

Tina found out Gray had been lying in order to get her to run away so she could not tell anyone about the problems in the relationship between him and Chantelle prior to her death.

“I see you, Gray, and she saw it too didn’t she,” said Tina, who is played by Luisa Bradshaw-White.

She added: “I bet she was terrified, terrified of her own husband and now you are terrified of me, because I am onto you.”

Gray, who is played by Toby-Alexander Smith, responded by saying that he “loved” Chantelle, adding: “I worshipped that woman.”

Ian Beale also made an appearance in the episode after questions were raised about whether he had been poisoned by Sharon Watts in the Christmas Day episode.

After Sharon had said she wanted Ian dead in Friday’s episode, it ended with her suspiciously preparing a Christmas pudding for him.

During the Boxing Day episode, Ian emerged from the Queen Vic to tell Sharon they needed tea bags.

“Never thought you would wake up,” she told him.

The Christmas Day episode of EastEnders was watched by an average audience of 3.5 million viewers, according to the BBC.