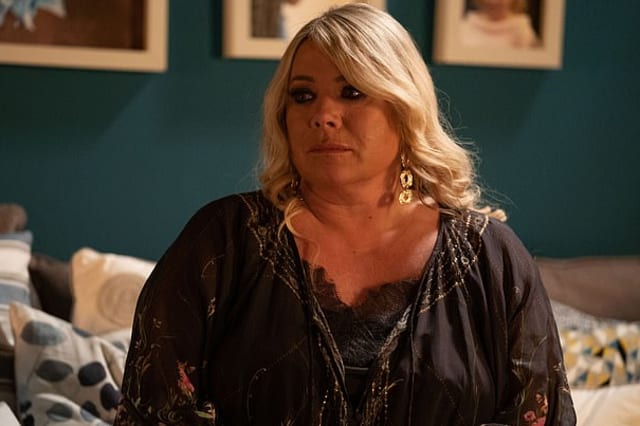 EastEnders viewers have said they cannot wait to find out Ian Beale's fate after the soap's dramatic Christmas Day episode.

The BBC One programme finished on a cliffhanger, with viewers left wondering whether Ian Beale is about to die after being poisoned by Sharon Watts.

The programme ended with Ian eating the pudding while Sharon looked on suspiciously.

Getting his just desserts.
Merry Christmas to all, and to all a goodnight. #EastEnderspic.twitter.com/oOGkoNWpzB

Sharon, who is played by Letitia Dean, is pursuing a vendetta against Ian, who she blames for the death of her son Dennis.

The episode was praised by some viewers on social media.

One viewer tweeted: "Sharon trying to kill Ian via Christmas pudding is perhaps the best thing ever."

Another said the soap "never disappoints" with its Christmas episodes.

"Top episode that!! Phil (Mitchell) and Sharon will get back together!!! Ian's days are numbered," they added.

The episode was "so good", one viewer tweeted, adding: "I wasn't surprised that it was Phil and Sharon behind Ian's attack but their scenes were so good.

"I think EastEnders at Christmas is at its best."

Another said: "It was an amazing episode of EastEnders.

"I can't believe Sharon and Phil are working together to get rid of Ian.

"I can't wait to see what happens."

A Twitter user added: "That episode of EastEnders was amazing, props to the entire cast and team who worked on it! I'm sat here open mouthed, so many twists and turns."