LadBaby holds ‘strong lead’ in race for Christmas number one 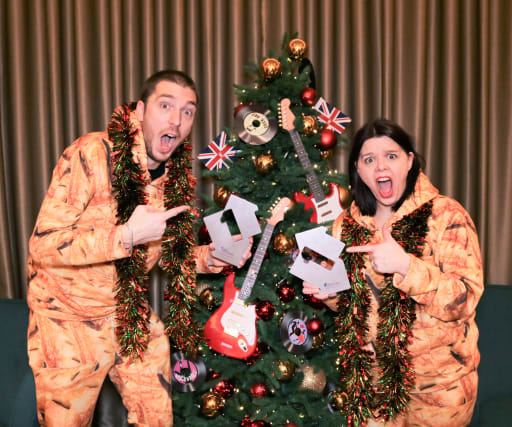 LadBaby has a “strong lead” over Mariah Carey in the race for Christmas number one, the Official Charts Company has said.

The YouTuber, whose real name is Mark Hoyle, is top of the provisional rankings with Don’t Stop Me Eatin’, meaning he is on course to have his third festive number one in three years.

His song is raising money for food bank charity the Trussell Trust.

The Official Charts Company said in a statement that LadBaby “retains a strong lead” over his rivals ahead of Friday’s unveiling of the Christmas number one.

On Tuesday LadBaby told the PA news agency there is “a lot of competition this year” and he is up against “megastars”.

Asked how he will celebrate if he tops the chart for a third time, LadBaby said he would have “sausage rolls and champagne, probably”.

“We will be celebrating no matter where we finish because it has been an incredible opportunity and honour to try and go for it again,” he added.

Carey is second in the provisional rankings with All I Want For Christmas Is You, which earlier this month topped the UK singles chart for the first time, 26 years after its release.

The song initially peaked at number two in 1994, missing out to East 17’s Stay Another Day.

Last Christmas by Wham! is third, and Jess Glynne’s cover of Donny Hathaway’s This Christmas is fourth.

In the UK album chart, Sir Paul McCartney is on course to land the top spot at Christmas with McCartney III.